Noise against sexual assault is here for survivors 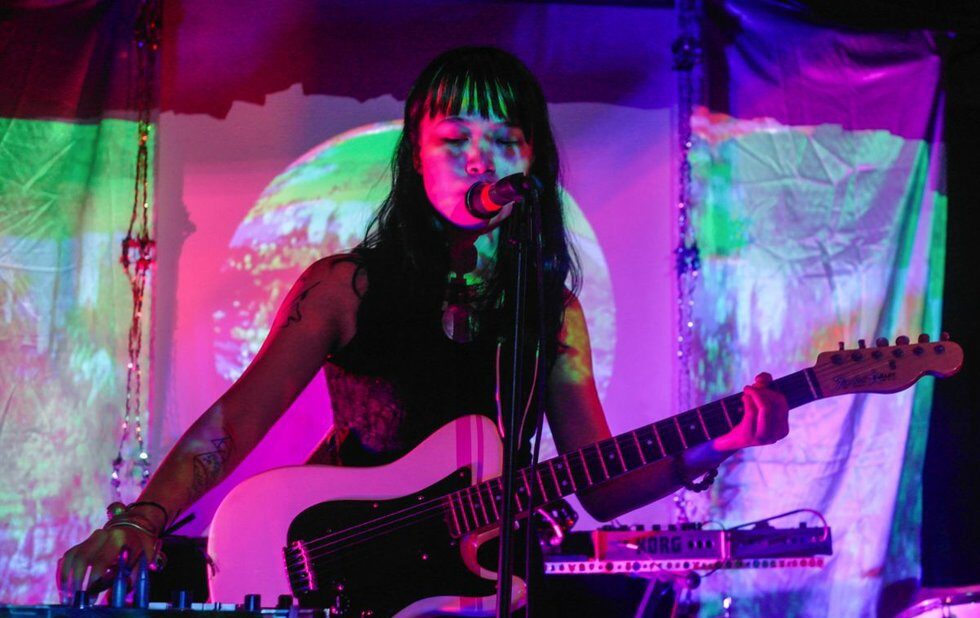 Everything about Sunday’s Noise Against Sexual Assault show at Double Double Land reflected a thoughtfulness that’s been absent from the music scene for too long: the green bandanas worn by the organizers to increase their visibility to anyone in need the large disclaimers posted on the walls stating “No: Racism, Sexism, Homophobia, Violence, Transphobia, Sexual Violence, Emotional Violence, Ableism” the panic button in the washrooms the brief but effective sets, all stitched together by the concussive DJ breaks of DJ Garbage Body.

NASA was born out of Double Double Land’s desire to make good on its promise to improve security after a sexual assault there last October, and also, in the words of co-organizer and performer Kristel Jax (Brigitte Bardon’t), to have “a show with a similar musicality to what was going on at the Danforth Music Hall, but without the shitty vibes” – a reference to the Swans show happening the same night. Swans bandleader Michael Gira was accused of rape by Larkin Grimm earlier this year.

Just as the shit list that circulated during L7’s show taught us, there’s a power in naming names. But placing the focus on alleged perpetrators risks undermining the fact that anyone is capable of sexual violence. Our scene isn’t made any safer by simply ridding it of certain people.

Instead, Jax explained that this first NASA show takes a more proactive approach, putting the emphasis on supporting survivors and creating “spaces where you can talk about different kinds of abuse and what can be done. It’s worth trying because nothing is working yet. It’s 2016 and women and partners are still being abused.”

The posters adorning the walls drew from research the organizers had done, as well as examples set by organizations like It’s Not U It’s Me and Guelph’s Kazoo! Fest. They encouraged vigilance and awareness from both audience and organizers, a mindset that enhanced the live music.

The musical highlights came midway through. Eyeballs‘ crazed revelry and Doom Tickler‘s visceral, wordless vocalizations over circular loops felt cathartic, cutting through the event’s weighty context without dismissing it or pushing it out of mind.

No space can be completely safe, but it can always be safer. As the show proved, safety requires the nurturing, consideration and attention not just of one person, but of an entire community.