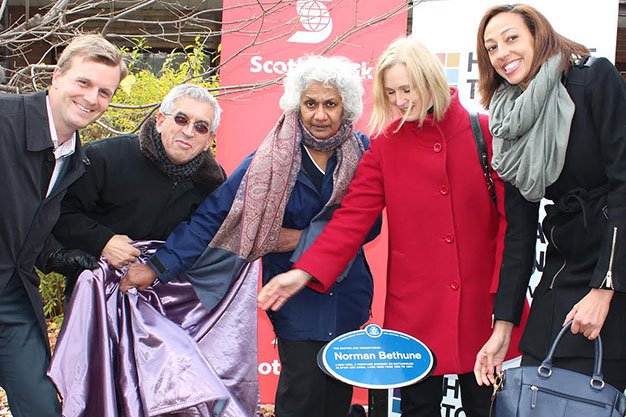 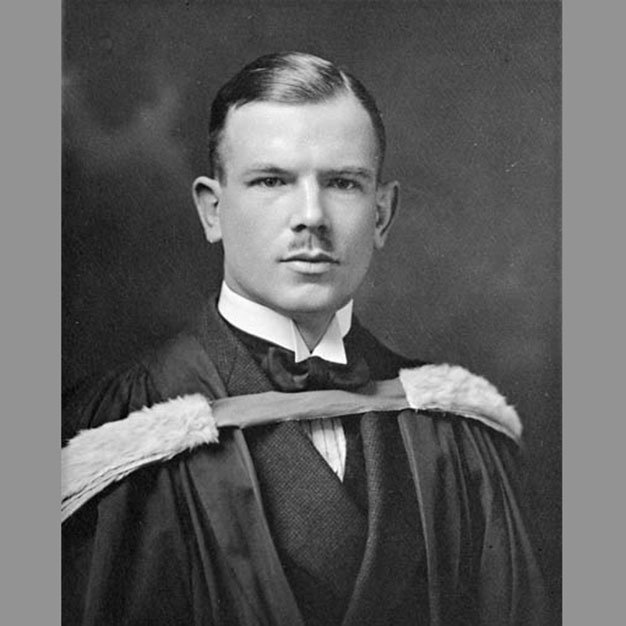 On the 75th anniversary of his death, a plaque in honour of Norman Bethune was placed at his childhood home in Harbord Village.

A committed Communist and doctor who brought medicine to rural China, the Gravenhurst, Ontario-born Bethune lived at 136 Robert St., and went to medical school at U of T. Heritage Toronto, the Toronto Legacy Project, Scotiabank and councillors Joe Cressy and Ceta Ramkhalawansingh unveiled the plaque yesterday.

Grace Westcott, who chairs the Toronto Legacy Project, argues that Bethune is Canada’s most famous person.

“Practically everyone in China knows and reveres his name,” she said in an email. “He achieved fame for his advances in surgery, and for work in treating the wounded on the battlefields of the Spanish Civil War and, most notably, the Sino-Japanese was of the 1930s.”

During the latter, he constructed a blood transfusion unit, a major breakthrough in battlefield medicine and care. His ideas have been adapted to subsequent conflicts, and Bethune is revered and respected in China for attending to civilians and soldiers, alike.

While Westcott is particularly impressed by his medical innovations, Kaitlin Wainwright of the Heritage Toronto Plaques and Markets program admires his tenacity.

“In Spain, he performed blood transfusions on wounded soldiers, saving countless lives, but ran aground of a Republican command, which took over his operations,” explained Wainwright. “Forced to return to Canada, he did not cease his efforts, and instead undertook a lecture tour — selling out Massey Hall — to raise money for the Canadian Committee to Aid Spanish Democracy.”

The collaborators believe this is a teachable moment for Torontonians.

“Together with the other great and talented men and women that we are recognizing through the Toronto Legacy Plaques, [Bethune] teaches us that Toronto both generates and is regenerated by the achievements, the talents and the commitment of our men and women of genius,” wrote Westcott, who has been apart of this Legacy project since 2004.

“We have our landmarks, but we also have these great stories tucked in the nooks and crannies of our residential streets,” added Wainwright. “He reminds us that our city sows the seeds for innovation.”

Councillor-elect Joe Cressy and interim Councillor Ceta Ramkhalawansingh were in attendance at the unveiling of the 30th plaque.