Looking over my list, Im struck by how delicate so many of these movies feel. Even the big effects pictures. 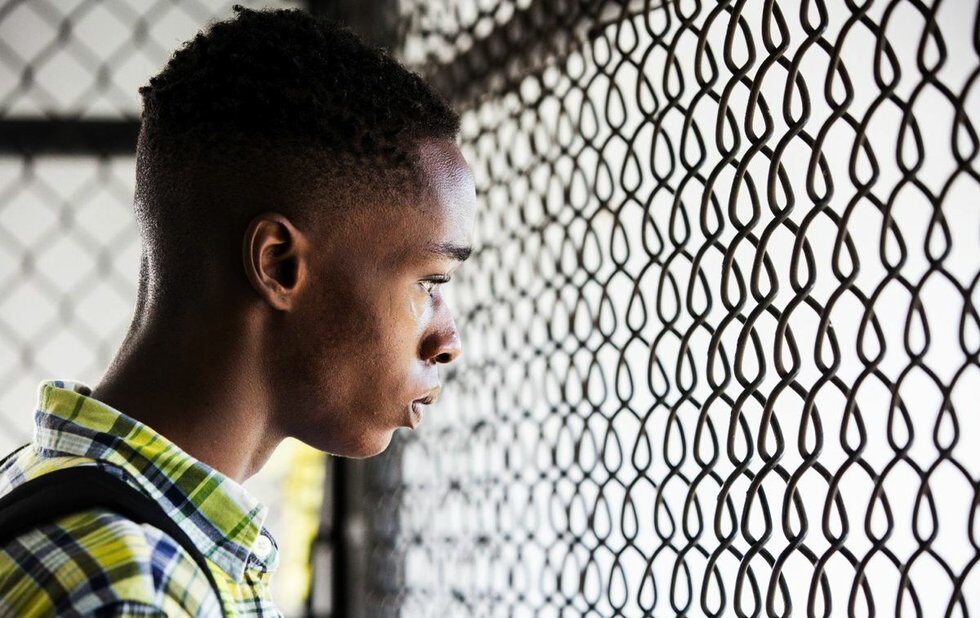 Connor Jessup breaks out in Closet Monster.|Ashton Sanders in Moonlight

Looking over my list, Im struck by how delicate so many of these movies feel. Even the big effects pictures seem small and intimate, and one of the documentaries could be dismissed as a home movie if you arent paying attention. In a year where Marvel and DC slugged it out for box office supremacy while studios raced to squeeze new chapters out of old properties, I found myself responding to beating hearts and personal statements. Maybe Im getting soft in my old age.

Jenkinss long-overdue follow-up to 2008s Medicine For Melancholy traces a decade and a half in the life of an African-American kid in Florida in three distinct movements. Moonlight shows us how small moments of kindness or cruelty can profoundly affect the human heart, how people are always more complex than you think they are and how cinema is unmatched at communicating ideas and feeling. In a year marked by contempt and rage, Moonlight dares to hope empathy will save us.

If not for the stunning Moonlight, this would have easily topped my list. Jarmuschs latest is a deadpan, down-to-earth character study about a week in the life of a quiet New Jersey bus driver (Adam Driver) whos also a poet who views his modest environs with a sense of wonder and actively folds his life into his work. The pace may be sleepy, but Paterson is alive to every interaction, every possibility. I cant think of another recent movie that plays quite like it, mixing gentle humanity and absurd comedy with profundity and even awe. (Opens February 3.)

The best documentary of the year is an essay film constructed from footage shot by documentary cinematographer Johnson over the decade and a half she worked on movies like The Invisible War, Citizenfour, Fahrenheit 9/11 and Trapped. Interweaving outtakes from those films with her own home videos and counting on us to figure out how time is passing through the growth spurts of her children and the deterioration of her ailing mother Johnson takes us through her remarkable career and shows us the cost its exacted upon her.

Ades comedy about the battle of wills between an impulsive retiree (Peter Simonischek) and his stressed-out corporate-consultant daughter (Requiems Sandra Huller) is an epic of escalating absurdity that gradually unpacks into a heartfelt examination of two people trying to forge a proper connection after years of estrangement. Yes, its very long and mostly in German. You wont mind. (Opens January 27.)

This knockout musical winner of the Peoples Choice Award at TIFF this year is a swooning, glorious tribute to the risky pursuits of fame, art and love, featuring pitch-perfect turns from Ryan Gosling and Emma Stone as Hollywood dreamers whod be perfect for each other if it werent for their wildly divergent interests and career paths. Chazelle infuses the structure of a 50s MGM musical with a nervous energy thats utterly contemporary, making the most of that unique weirdness that Gosling and Stone bring out in each other. And the songs are pretty great, too.

As he did in Enemy and Sicario, Villeneuve creates a precise aesthetic and undermines it with fragile humanity. He centres an interstellar mystery around the personal journey of a linguist (Amy Adams, in a career-best performance) recruited by the U.S. government to communicate with extraterrestrials whove landed in Montana. Its hard sci-fi made by an artist: a movie about the impossibility of understanding a truly alien intelligence thats also about the impossibility of imagining a truly alien intelligence.

That pointless remake of The Jungle Book got all the attention (and the money), but Lowerys gorgeous reinvention of Disneys cheesy 1977 musical about a child and a friendly monster was the finest thing that studio released this year. Its a work of delicacy and joy, a product made by a corporation for a mass audience that somehow manages to be lyrical and tender. So of course nobody went to see it. Bring home the Blu-ray, turn off the lights and see what you missed.

Nas insidious Korean creeper about a wildly unqualified small-town cop (Kwak Do-won) who finds himself up against a mysterious madness that sends ordinary people into violent fugue states remixes two decades of Asian horror cinema to come up with something new and ambitious. It gets under your skin and stays there. Barely released theatrically, its now streaming on Netflix. Dont miss it.

Atkinsons unblinking documentary explores the horrific militarization of American policing and the concurrent erosion of civil liberties over the past decade, all due to a Homeland Security grant program that allows arms manufacturers to sell their surplus weapons to domestic police. But that means convincing cops theyre under constant threat of death, stoking paranoia at the very real cost of (mostly Black) civilian lives. A doc thats as important as it is sickening.

Nichols is getting plenty of love for Loving and rightly so, its terrific but I prefer this moody, entirely overlooked riff on 80s sci-fi thrillers starring the phenomenal Michael Shannon as a father determined to protect his very special son (Jaeden Lieberher) from sinister interests. Infusing fantastic events with compelling humanity, it does the Stranger Things thing better than Stranger Things did, and also features a fun supporting turn from the invaluable Adam Driver.

Blink and you missed the years other great screen musical: the remarkable London Road, a thrilling ensemble piece featuring Olivia Colman and Tom Hardy as Ipswich residents sharing their neighbourhood with a serial killer preying on sex workers. Director Rufus Norris radically reworked Alecky Blythe and Adam Corks experimental theatre piece, which hed first staged for the National Theatre in London in 2011, and the result was incredible.

Martin Scorseses deeply felt Silence has been rattling around my head since I saw it earlier this month when it opens in the new year, youll understand why.

I also responded to the intimate depths of Jeff Nicholss Loving, which frames interracial couple Richard and Mildred Loving as two people who would have much rather been left alone than forced to make history, and the pure, overwhelming feeling of Joey Kleins The Other Half, which let Tom Cullen and Tatiana Maslany delve deep into broken characters who find strength in each another.

Paul Danos aching loneliness anchored the madness of Daniel Scheinert and Daniel Kwans Swiss Army Man, which paired him with a very lively corpse played by Daniel Radcliffe. Meanwhile, Taika Waititi cast a beguiling spell with his own mismatched-buddy picture, Hunt For The Wilderpeople. And Shane Blacks The Nice Guys perverted the buddy-cop cliche for its own giddy ends, matching a goofy-great Ryan Gosling with a surly Russell Crowe and throwing them into 70s Los Angeles to see what happens.

In the toon world, I loved the piercing metaphors and complex action sequences of Finding Dory and Zootopia as much as the clean lines and inspiring adventure of Remi Chayes Long Way North.

Out of dozens of worthy documentaries, I was struck by the quiet dignity and desperation of Hugh Gibsons The Stairs and the spiralling absurdity of David Farrier and Dylan Reeves Tickled by the unspoken longing at the heart of Jay Cheels How To Build A Time Machine and the daring of Vitaly Mansky, who kept his cameras rolling while shooting propaganda in North Korea, in Under The Sun.

And though it pained me to see Mike Birbiglias delightful Don’t Think Twice slide straight to VOD and disc in Canada, at this point that fate is the best I can hope for Kelly Reichardts Certain Women and Anna Rose Holmers The Fits, two exceptional films that their distributors have no interest in releasing theatrically up here. Id book them into the Royal or the Revue myself if I could. Anybody up for that?