Those who took Stephen Harper at his word may naively assume that he left his successor with a strong presence. 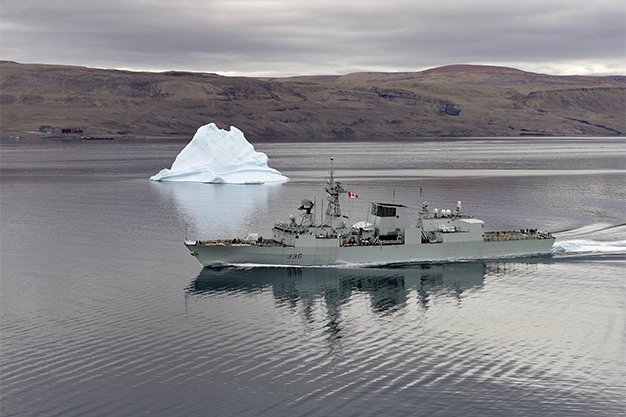 Those who took Stephen Harper at his word may naively assume that he left his successor with a strong presence in the North to protect our sovereignty.

Canada has a choice when it comes to defending our sovereignty over the Arctic: either we use it or we lose it, Harper said during his visit to Nanisivik on Baffin Island early in his mandate to announce plans for a deep-water navy refuelling facility as well as the Arctic Offshore Patrol Ship program. Both were afterwards scaled back and delayed. Likewise, the army ended up receiving a mere shell of the Arctic training facility promised in Resolute.

Cancelled completely in 2014 were plans to buy new armoured vehicles for the Arctic, leaving the military to soldier on with its BV206s purchased in the early 1980s, when Pierre Elliott Trudeau was prime minister.

In July, the Royal Canadian Air Force was told it will not be receiving promised replacements for its outdated mobile radar after the Conservatives mysteriously ended a contract signed in 2010 with French-based Thales Canada.

Nunalivut 2015, last springs Arctic sovereignty manoeuvres promoted by the military as a large-scale military exercise, involved little more than 200 personnel. According to the Ottawa Citizen, up to 80,000 personnel (more than Canadas entire military) took part in a Russian military exercise in the Arctic at approximately the same time, with 110 combat planes and 50 surface ships.

Granted these brief, highly localized Canadian military forays into the Canadian Arctic, which are typically conducted with significant U.S military support and participation, are better than nothing. All the more so since unlike Denmark, Norway, Sweden, Finland, the United States and Russia, we lack a permanent combat force in the Arctic.

What boots in the snow we do have consist of a 69-member headquarters staff in Yellowknife and an Area Support Unit of just over 50 personnel. Our only permanent Air Force squadron in the region operates four small CC-138 Twin Otter utility aircraft that have been flying since 1970.

In the High Arctic, Canadian Forces Station Alert on Ellesmere Island is staffed by 55 military and civilian personnel. The closest thing to soldiers we have in the Arctic are some 1,850 part-time Canadian Rangers. This component of the Canadian Armed Forces Reserve, scattered among various patrols in the North, are negligibly trained. They are not issued the complete standard soldiers combat uniform or equipment, and do not operate with the same basic weaponry as regular or reserve soldiers.

In fact, only now are the Rangers World War II-vintage Lee Enfield rifles being replaced. While theyre tasked to conduct and support sovereignty operations, the Rangers are a token military force.

Our current efforts in the Arctic cant be compared even to those of some of our smaller Scandinavian allies. In addition to recently moving its entire military command headquarters to the Arctic, Norway monitors its 200-kilometre frontier with Russia.

Despite their neutrality, Sweden and Finland maintain comparable combat-ready air, land and naval facilities in the Arctic.

Perhaps our happy delusion that the United States will always be there to protect us, no strings attached, makes this notable shortfall and lack of commitment to defending our own sovereignty claims in the North perfectly acceptable.