Not Dead Yet unveils more programming: Warthog, Vexx, No Tolerance 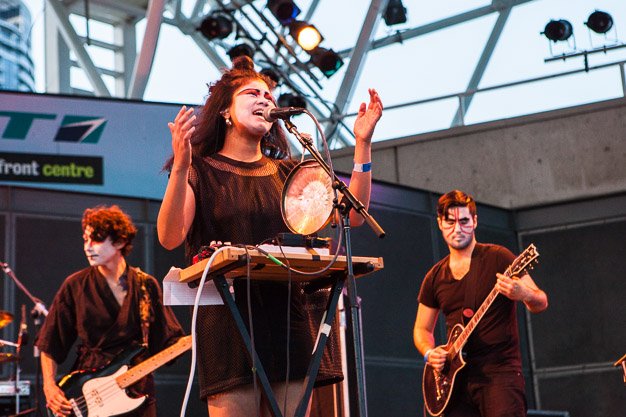 Impalers rock a past Not Dead Yet.

It certainly doesn’t feel like autumn is on its way, but it must be if annual hardcore punk festival Not Dead Yet has been rolling out its lineup. And once again, Stuck in the City concert promoter Greg Benedetto and Co. have knocked it out of the park.

Running from October 13-16 in various DIY venues around the city, NDY 2016 stands out for its international acts, all-ages access and female focus.

“This year’s lineup, I think, is seriously representative of what’s actually happening globally in hardcore punk,” Benedetto tells NOW. “It sounds silly, but lots of events miss the mark when they’re celebrating legacy acts doing a lap to collect a paycheque.

“We’ve always tried to shine a light on where we think the best things are happening in hardcore punk. In 2016, that means more femme/POC representation, more UK hardcore and punk, more voices out of South and Central America, more Boston, more Spain, more DC and more Toronto. We can’t cover it all, but we try to cover as much as we can year in and year out.”

The fest adds an art exhibit this year, curated by Collective Delusion/Mass Hysteria independent art zine, which focuses on femme/female-identifying artists in underground music. And the launch of the Women In Toronto Punk 2017 calendar happens on NDY’s opening night (October 12). Organized by Blow Blood Records, it’s far from your typical objectifying calendar, instead paying tribute to women who fight to make space for themselves in punk. All profits go to Community Action for Families.

NDY also has a strong all-ages focus – 70 per cent of the shows are open to everyone. Benedetto says that’s simply a reflection of Toronto’s hardcore punk scene.

“Toronto’s hardcore punk scene is young compared to a lot of other cities,” he says. “In the six years we’ve spent booking Not Dead Yet, the youth have only seemed to multiply, now to the point where we can’t even include [all the young bands] we want to in the festival.

“We absolutely encourage anyone with an interest in hardcore punk to visit venues like Faith / Void and dig in on all that’s going on here. We’ve got a city that is built on people of all ages caring about what goes on in DIY spaces. It’s helped to build an incredible community here. We want to celebrate that.”

Tickets are on sale as of Wednesday, August 10 at noon via ticketfly.com. Find the full lineup at notdeadyettoronto.tumblr.com/NDY2016. 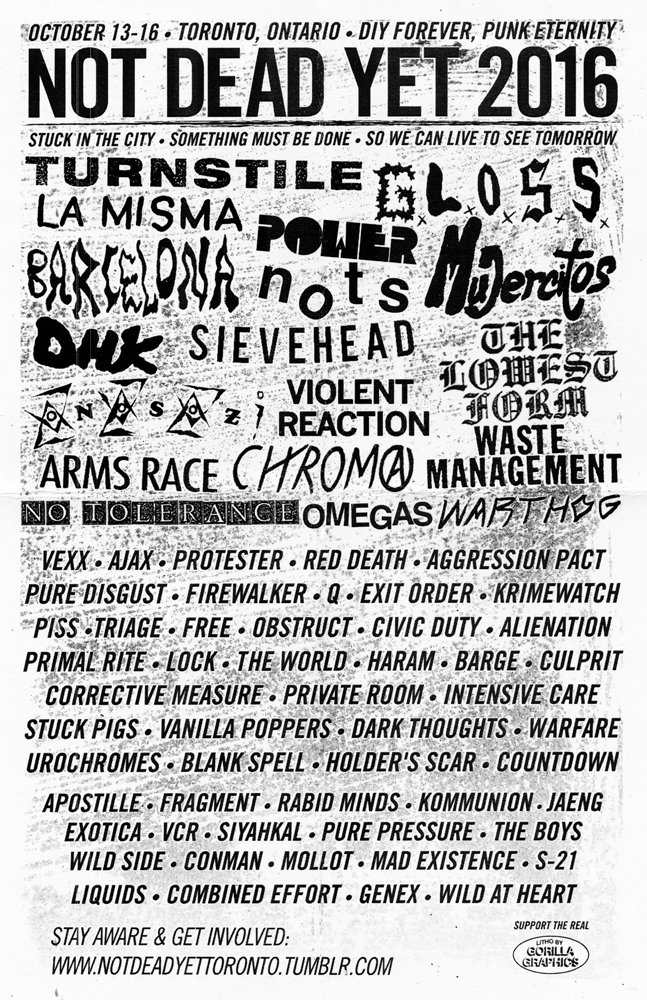