Not so GoodLife for gym employees fighting to unionize

At Canada's largest gym, a different kind of sweatshop for workers locked in a two-year union battle, who describe an atmosphere of fear and intimidation 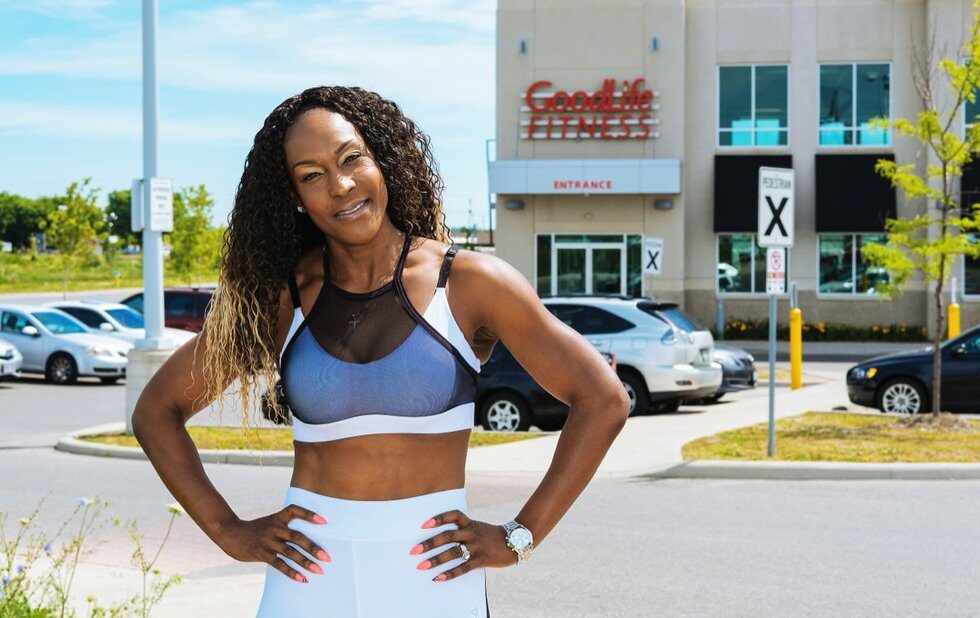 Dahlia Alie is part of a union drive involving more than 1,000 GoodLife Fitness employees in Toronto.

Whenever Dahlia Alie teaches a new class, she always tells participants the same story: In the early 2000s, Alie lost over 50 pounds through diet and exercise. She joined GoodLife as a member in 2011 as a way to stay motivated, and decided in 2013 to take the leap and become a certified “group fitness specialist.”

These days, Alie has been holding to her “work hard, stay focused” mantra for different reasons. For the past two years, she’s been part of a union drive involving more than 1,000 fitness instructors and personal trainers at 44 Toronto GoodLife locations. In March they applied for certification with the Ontario Labour Relations Board, and now they’re awaiting the results of a June 6 vote expected this week.

It’s been a struggle for Alie and her co-workers. Management at GoodLife has not only opposed the union drive, she says, but also made it difficult for employees to share information and organize. Workers have even received phone calls at home from GoodLife founder David “Patch” Patchell-Evans. The work environment is particularly tense at some gyms.

“There is a lot of intimidation. I would classify the atmosphere in the workplace right now as one of fear.”

She says many of her fellow GoodLife employees are apprehensive about speaking publicly, but she’s “unconcerned about retaliation by the company, as they’ve not only encouraged us to get out and vote but assured us they will respect our right to form a union.”

Canada’s largest health club, which employs more than 12,000 group fitness instructors and personal trainers nationally, has made it clear it doesn’t want its workers to unionize, but denies charges of intimidation.

“We’ve regularly talked with our managers about GoodLife’s approach to the possibility of unionization,” company COO Jane Riddell tells NOW. “We sincerely doubt that any intimidation has occurred.”

At GoodLife, fitness instructors start at an hourly rate of $25, while instructors at other Toronto gyms typically earn between $40 and $60 per class, according to Alie. Raises are negotiated on a biannual basis following a review by a manager. Talk of forming a union began in 2014 after an adjustment in the way fitness instructors were paid left many feeling shortchanged.

“You’d only get paid for 45, 50 or 55 minutes instead of an hour,” says Ferguson. “But when people come for a yoga class, for instance, they might have a question afterwards, and instructors are expected to stay and answer. You’d also arrive early so you could set up. The reality is that people were already working for more than an hour, but now they were getting paid less.”

The low wages at GoodLife sting even more when you factor in the money instructors spend on maintaining their certifications.

GoodLife requires all of its instructors to be certified under CanFitPro, which GoodLife owns, even if they’ve obtained accreditation through other institutions. Alie says the course and exam, which includes theory and practical training, costs around $600 and must be renewed annually for $80.

In order to teach GoodLife’s group classes, instructors must also be certified in specific disciplines such as Les Mills International, which includes various aerobic and stationary-cycling classes, as well as the Jillian Michaels Bodyshred exercise program. GoodLife is the exclusive Canadian provider of both courses. Each Les Mills class cost Alie an additional $250 although GoodLife reimburses instructors for up to 40 per cent of the cost once they’re hired. For Jillian Michaels Bodyshred, associates pay for the right to use her program’s music. There are also annual first aid and CPR certifications, which GoodLife only recently started offering to its associates without charge.

These extensive certification requirements, along with a non-competition clause, are major points of contention for workers. When employees are hired, they’re contractually obliged to work exclusively for GoodLife. This rule applies not only to gyms that are direct competitors, but to churches, community centres and personal instruction as well.

“You can’t survive on the income you make at GoodLife,” says Alie, who teaches part-time, with four classes at various Scarborough locations each week. She also works as an insurance agent and financial services manager. “Why can’t you design your own discipline and go out there and teach it? You’re not competing with GoodLife.”

According to Alie, employees have been fired for teaching fitness classes elsewhere. But GoodLife says its stance is non-negotiable.

“If our instructors form very close relationships with our members and also work at other fitness-related businesses, our members may be encouraged, sometimes unintentionally, to attend other fitness businesses instead of GoodLife,” Riddell says. “The fitness industry is highly competitive, and other businesses may try to take advantage of the information our employees have.”

This non-competition clause applies to personal trainers as well, who are required to complete a three-month “special internship program,” during which they’re asked to solicit new clients and sign up existing GoodLife members for training packages to earn a commission. Before the union campaign started, this work was unpaid.

Ferguson says, “GoodLife came up with a formula where personal trainers are now paid 50 cents above minimum wage for prospecting, but once they start signing up clients, employees have to pay back the money they were paid before commission. Some people have decided they’d rather work for free on the front end than be in debt to GoodLife.”

Even after passing their three-month internship, personal trainers are expected to bring in and maintain a certain number of clients.

“If veteran personal trainers fall below the number of hours they are required to work on a monthly basis, they are able to rejoin the internship program to assist them with gaining additional clients,” Riddell says.

Ferguson says the competitive work environment has forced some employees to work at risk of injury. The company offers a health benefits plan and has a corporate safety committee, but employees have no coverage for workplace injuries through the Workplace Safety and Insurance Board. (Fitness workers are one of the categories exempt from WSIB coverage, but an employer may opt in on their behalf.) Plus, many fitness instructors and personal trainers fear that making their injuries known might result in loss of work.

“I’ve spoken to people who work sick or injured either because they won’t be paid or they’re afraid if they say something they’ll lose their class to another employee,” says Ferguson. “These are people who work with their bodies for a living. They know safety. [Injuries aren’t] that common, but when it happens, it truly can be tragic.”

Alie says employees no longer feel safe and respected at GoodLife. Despite the company’s claim of maintaining an open-door policy for addressing concerns. Alie says those who have spoken out have been “singled out, demoted, fired and branded as troublemakers.

“It hasn’t been pretty,” she says.