Nothing beats a night with Stevie Nicks and Chrissie Hynde

The Pretenders rocked, and Nicks drew from her "black gothic trunk of mysterious and fantastical things" 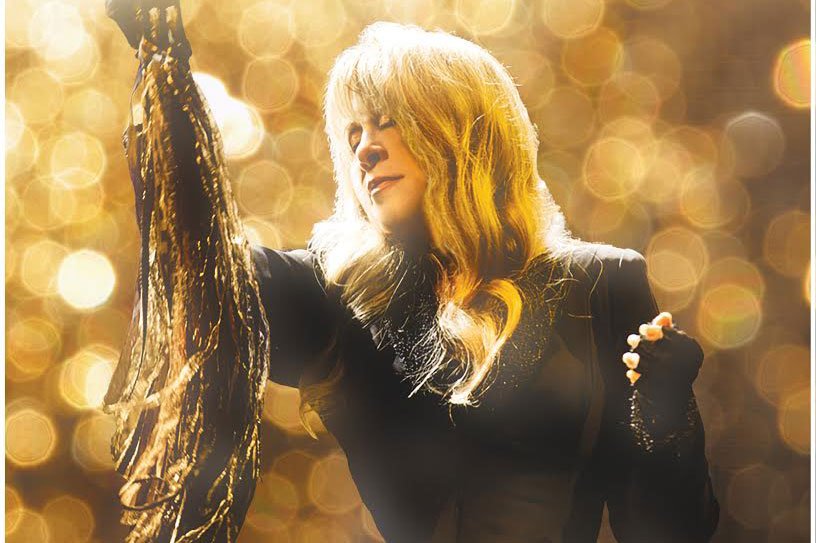 Setting off an unbelievable night of rock at the Air Canada Centre were the Pretenders, led by the charismatic Chrissie Hynde, whose appearance instantly got fans on their feet, where they stayed for the rest of the night. No introduction was needed when the wild-maned, denim-clad singer sporting large hoop earrings, an Elvis tee and ruby red blazer dove into the 16-song set starting with Gotta Wait from the Pretenders’ 2016 album, Alone.

“Always a pleasure to be back in Toronto,” said Hynde. “The reason we’re here is to love each other, take care of each other,” she said, ahead of hit Stand By You.

As with Stevie Nicks, whose performance would finish the night as high as Hynde began it, Hynde has a voice that’s still as recognizable and evocative as ever, moving from smoothly seductive on classics like Don’t Get Me Wrong and Brass In Pocket to impassioned on Holy Commotion. Her playful ease and glammy showmanship set the tone for the night, making her the perfect ying to the other great’s yang.

It takes a lot to become a star, but it takes even more to turn into a legend, especially in your own time. And in a year that’s seen the unprecedented loss of one legendary superstar after another, seeing Stevie Nicks live and still at the top of her game made it all the more poignant and exhilarating.

After opener Gold And Braid, she introduced the next few hours as music drawn from her “black gothic trunk of mysterious and fantastical things.” The two-hour show focused on giving life to a slew of unreleased tracks and never-before-sang-in-concert songs that she had discarded from previous albums, revamped in ways that she now preferred over the originals, or never had a chance to perform in the first place, like Wild Heart.

And though songs like New Orleans may not have been familiar even to the most hardcore of Nicks fans, she sprinkled in classics like Stand Back (inspired by Prince’s Little Red Corvette – “He disappeared into the purple haze” she chuckled, sharing the story of his brief but magical guitar contribution to the original recording) and Fleetwood Mac’s Gypsy and Rhiannon, helping the audience feel involved in the night.

Her songwriting relationship with Tom Petty & the Heartbreakers also played a significant role in the show, starting with the Petty-written song that helped her solo career take flight, Stop Draggin’ My Heart Around. Hynde joined her onstage for that one, leading Nicks to conclude that “I’m destined to be in duets”. We also got Starshine from 2014’s 24 Karat Gold album, a song Nicks has said she wrote while hanging out with Petty.

Clad in her iconic jet-black, twirl-ready frock, a fringed tambourine hanging casually off her arm, the reigning Queen of Rock subtly transformed into different mythical characters – fringed priestess, stage shaman, sorceress – with each song and wardrobe change. After a moving performance of Bella Donna, dedicated to her mother who died three years ago, she proudly displayed the gorgeously preserved silk chiffon Bella Donna cape, circa 1981. “It’s silk chiffon. That’s what they make bullet things out of, so if you’re going to invest your money into something, right now, in this political world, silk chiffon,” she joked.

The most breathtaking moment of the night occurred during the Twilight-saga-inspired track Moonlight (A Vampire’s Dream), which Nicks credits with bringing her back into the music industry as a songwriter after nearly a decade of not releasing new material. She stretched the thrilling song to over seven minutes of pure magic.

Though the world sees her as an icon, Nicks sees herself as a poet, writer, archivist and chronicler, weaving captivating behind-the-music stories with each song. She imbued the fervent arena with an MTV Unplugged kind of intimacy, and shaped the show with the peaks and valleys only a seasoned performer is capable of.

After introducing her masterful nine-piece band – she’s been working with many of the members for 40 years or more – she ended the 17-song set with a double encore that included 1981’s Edge Of Seventeen, replete with a collage of Prince photos filling the screen behind her, and tear-jerker Landslide, which left the emotional audience right in the palm of her enchanted hands.