But staying in those empty moments is a strength, not a weakness 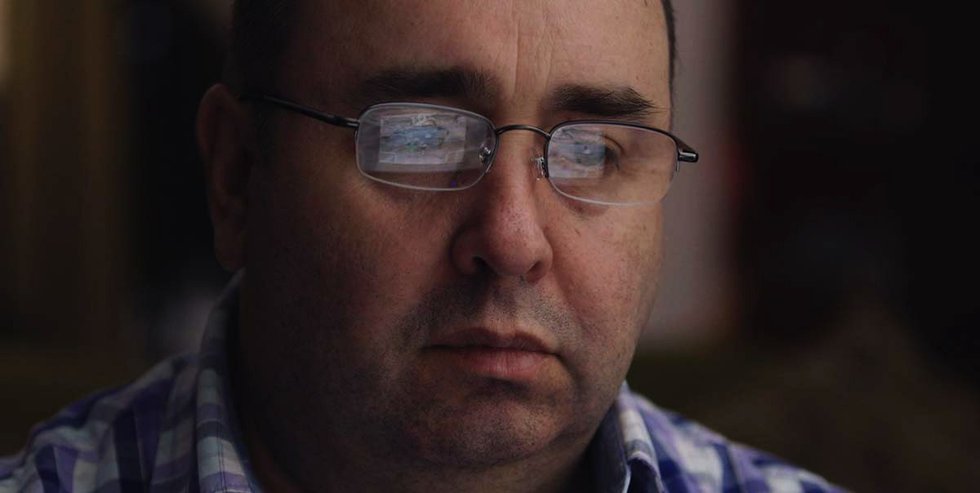 Toronto writer/director Kazik Radwanski follows Tower with another story of urban alienation, this time about middle-aged Erwin (Erwin Van Cotthem), who’s been drifting away from his wife and children to spend more and more time playing an online fantasy game.

It’s the west-side analogue to Igor Drljaca’s The Waiting Room, which also premiered at last year’s TIFF. Both films are worth watching, but How Heavy This Hammer feels to me like the stronger of the two. It doesn’t bother with backstory or tonal shifts it takes place in the numbing, empty moment.

How Heavy This Hammer is almost suffocatingly focused on its protagonist, who can neither articulate nor confront his issues, but keeps pushing forward in an attempt to outdistance them. And Radwanski packs a lot of angst into his slim running time.

But that’s the point, of course. Only by being fully immersed in Erwin’s world can we root for him to find his way out.