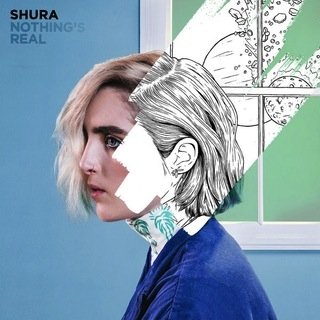 The end of a relationship can seem ho-hum to outside observers, especially if it involves that too-clichéd-even-for-pop line “It’s not you, it’s me.” That’s where a pop lyricist comes in and somehow conveys the apocalyptic nihilism such a kiss-off can inspire: “I’ll never find someone like you.”

English pop singer Shura (the stage name of Aleksandra Denton) tackles the subject of breaking up by elevating the unsexy reasons a relationship might fade out (insecurity, inexperience, self-consciousness, denial, lack of communication, anxiety, the other person doesn’t want kids) into sleek synth-pop that acknowledges “It might’ve been me.”

Shura landed a major-label deal after the video for her song Touch racked up millions of views on YouTube. It was re-released with a guest verse by Talib Kweli and exemplifies her knack for even-keeled vocal delivery, bright melodies, unapologetic romanticism and clear-eyed self-analysis.

Most of the songs were co-written/co-produced with collaborator Joel Pott, and two of the hookiest (Tongue Tied and What’s It Gonna Be?) feature work by Sia and Kelly Clarkson go-to Greg Kurstin. It’s easy to grasp why such a pop heavyweight would sign on. Although Shura’s lyrics are fraught with self-doubt, the coolness and precision of her delivery exude professionalism. Sonically, Nothing’s Real is in line with the gliding, easy-listening 80s pop that’s back en vogue thanks to Blood Orange, Haim and La Roux.

On closers White Light and The Space Tapes, Shura breaks apart the crying-on-the-dance-floor formula with downbeat, surreal and ambient tones that are more impressionistic, evoking the dizzying emotions at the album’s core.

Top track: What’s It Gonna Be?