NOW at CMW, Friday May 9 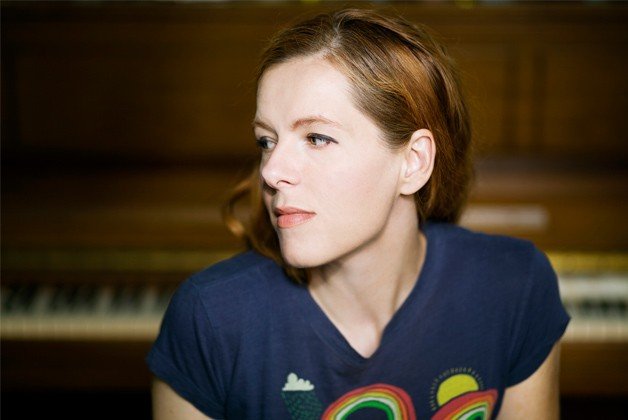 Tegan and Sara at Kool Haus

The first real hot day of the year would’ve been better experienced outside the sweltering Kool Haus, as a pleather-clad Tegan Quin noted during Tegan and Sara’s hour-long set at CHUM FM’s FanFest concert. Unfortunately, Toronto’s uncharacteristic warmth seemed to throw the twin sister duo off their game. The pair’s robust but ultimately uneven set traded the slickness of their Juno-winning Heartthrob album for a loose, rollicking sound that played up the messy emotions and the folk-y influences powering their songs. Thundering drums and impassioned singing riled up the audience during Shock To The System and Closer. But the revved-up approach worked against other songs, as the flubbed harmonies during an off-key rendition of I Was A Fool demonstrated.

British pop star Ellie Goulding ended an extensive North American tour attempting to rouse a sleepy crowd with joyous pop anthems. Like Tegan and Sara, she has folk-y acoustic influences but her wind machine-blown blonde hair, athletic stage prowess and impeccably choreographed lights and visuals thoroughly obliterated any trace of that. Goulding is as professional as they come and every aspect of her show was conceived for maximum pogo-ing, including the band. Three backing singers, an upright piano and a stage full of percussion filled the stage for the dusky-voiced singer and her four players to bash away at. Her professionalism was impressive but not exactly infectious. It wasn’t until she explained this was the last show of her tour so could we please crank it up a notch that the audience tried to match the energy level on stage.

Neko Case wears dresses when she plays Massey Hall. “I’m in drag tonight in honour of the venue,” said the tomboyish singer/songwriter early into her superb set, which focused on songs from her latest album. Highlights were Kelly Hogan’s pitch-perfect harmonies (plus she and Case are a comedic tag team), a banjo-driven That Teenage Feeling, Hold On, Hold On from 2006’s Fox Confessor Brings The Flood, and the big-voiced Night Still Comes. And we can thank Case’s absent, ailing bassist for the inspired three-song encore, which included a gorgeous duet with guitarist Eric Bachmann and a cover of Justin Townes Earle’s Harlem River Blues.

On Friday night, the Flatbush Zombies proved their bonafides as a Beast Coast standout group to watch by deftly combining new school rap aesthetics with old-school rap performance skills – each member rapped each bar of their complex verses without the assistance of backing vocals.

The Zombies have a defined style that appeals to both boom bap aficionados and new school streetwear obsessive teenagers, and they know how to mine both into an unhinged stage show.