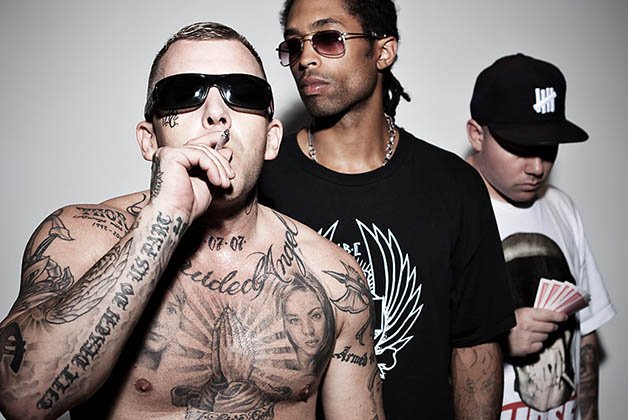 SWOLLEN MEMBERS at the Opera House

Unfortunately, Vancouver’s Swollen Members started about 15 minutes before their midnight start time. Fortunately, I waltzed in to their all-time best tune, Bring It Home from 2001’s Bad Dreams. The evening was Bad Dreams-heavy, actually, with Fuel Injected coming near the end of the set and getting everyone to reminisce about what they were doing when that song had heavy Much Music rotation.

It all would have been better if we didn’t have to hear Madchild, during a solo turn, completely destroy women on one of the most disgusting songs ever written. At 38, he might consider the impact of rapping about fucking disposable sluts to a group of younger dudes who idolize him.

THE DIRTY NIL at Tattoo

The Dirty Nil made a Tuesday night feel like a Saturday night. There’s something delightfully mischievous about rangy singer Luke Bentham, who moves and talks fast, swings his guitar around, channels Courtney Love when he sneer-screams and just flat-out entertains. Things also get pretty Weezerish, except when bassist Dave Nardi takes over lead vocals on Metzier-type fare. The Hamilton three-piece have a lot of enthusiastic fans, too, who will not only come see them early in the week, but also start a pit.

Earplugs went straight into ears as War Baby hit their first chords at the Bovine. The Vancouver three-piece is loud and tight, their thick fuzz sound drowning out the vocals and reverberating through the club. On their 2013 Jesus Baby album, a feral grunginess comes through, especially via Jon Redditt’s Kurt Cobainesque vocal delivery and Melvins guitar sludge, but live, the songs could benefit from more dynamism.