NOW at CMW: Wednesday, May 7 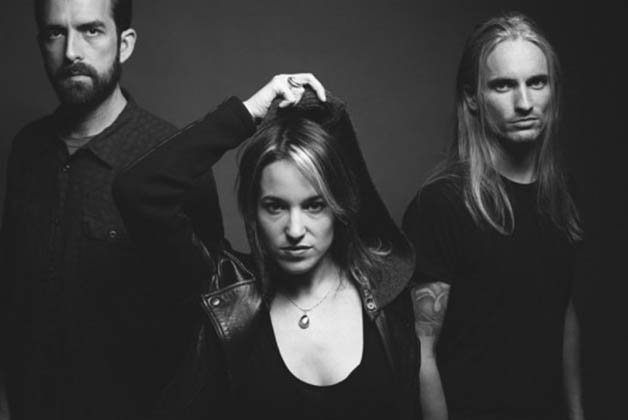 Playing at 8 pm to a handful of people is tough, but Austin’s Megafauna didn’t let it dampen their enthusiasm. Led by jaw-dropping guitarist Dani Neff, the four-piece plays a kind of prog-rock-tinged Breeders (thanks to Neff’s Kim Deal-ish voice) meets Joe Satriani-an arpeggiated fretwork meets heavy Queens of the Stone Age thunder. It’s a little hard to hold onto, but when it all comes together, like on Time To Go and Hug From A Robot from their new album Maximalist, the effect is staggering.

Travis Scott at the Opera House

Rap tastemakers like Kanye West and T.I. have long-touted Travis Scott as a future superstar, and his CMW show proved that he’s ready for the spotlight.

From the moment he took the stage with his hit Quintana, Scott was a veritable pinball machine – incessantly high-fiving fans, jumping into the crowd, climbing several balconies with abandon – much to the delight of rabid young fans decked out in Pyrex and Supreme gear.

As a relatively new artist, Scott already excels at something that takes many emcees years to learn: showmanship. More importantly, he also possesses something that can’t be taught: magnetic star power.

Kennedy Cult at the Horseshoe

There are a ton of awesome bands that don’t necessary look like rock stars. The Kennedy Cult do not have that problem. Maybe because frontman Ryan Kennedy owns a vintage clothing store, but the Peterborough foursome looked as slick as they sounded: sax-infused, 80s electro rock with killer melodies. Their CMW appearance showcased the best of their tunes: Start Slow, Alibi, Forever. I would have liked Kennedy’s mic levels raised a notch or two. And damn, did they deserve a looser crowd. Kennedy Cult’s music begs to be danced to without inhibition, but anticipating the arrival of punk-rocker Brody Dalle, the packed Shoe was mostly very stiff.