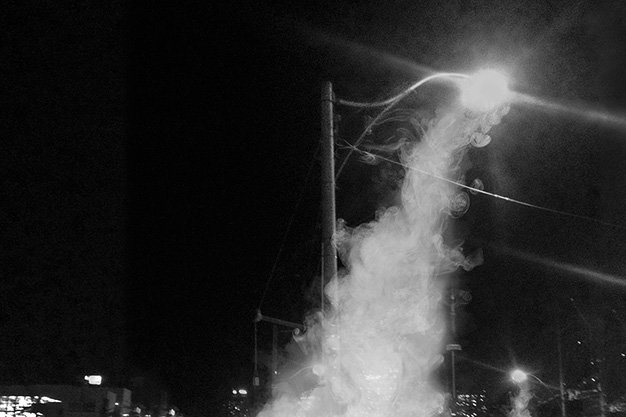 A paradox lies at the heart of Tim Knowles’s practice: he sets up controlled situations that make it possible for him to surrender control. The UK artist likes to construct contraptions that allow outside forces to take over the making of art, be they natural phenomena like wind, weather and gravity or the movements of people or vehicles.

“I am interested in the aesthetic effect along with the conceptual idea of relinquishing control,” he says on a break from preparing the apparatuses for Beaufort 1: Dispersal Zone at Artscape Gibraltar Point. “I’m creating artwork, so it’s not just about going ‘Whatever happens, that’s what it’s about.’ I look at the parameters, I understand the situation, and then I allow the external forces to play their role.”

Since 2000, his projects have combined his low-tech inventions with modern media like GPS tracking and digital photography. He attached pens to tree branches and let the wind move them over sheets of paper he placed slowly unscrolling rolls of paper in cages containing pens dangling from wind-buffeted balloons. He mailed camera-equipped packages that recorded their journeys through the postal system. For his wind walks, participants wandered the countryside or city wearing helmet-mounted wind vanes, travelling in the direction of the blowing wind like land-based sailboats.

The delicate drawings and GPS maps he’s exhibited in connection with some of these projects often look more like scientific data presentations than what we usually think of as artistic production. (Recent drawings made by pouring carefully calibrated quantities of  ink over crumpled or folded paper in river-like lines are currently on view as part of The Pen Moves Across The Earth at U of T Mississauga’s Blackwood Gallery.) 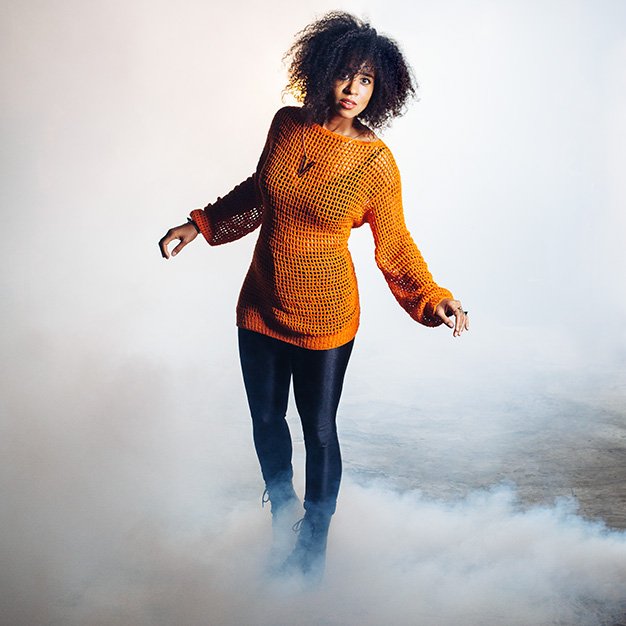 Over time, he’s moved away from the idea of just setting something up and getting out of the way and more toward creating somewhat participatory situations.

“I started with the work being very tightly controlled, though I’m relinquishing control. ‘Here’s a tree I’ll get this tree to make a drawing. Here’s a box I will post that.’ Then I started to involve myself and other people” in events like the wind walks.

Currently he is more focused on designing actions and events than on creating a record or a drawing, but he says, “I’m still playing with the idea of not being certain whether something will work and how it will work and form itself, and most significantly I’m playing with the thread of movement and making it visible.”

His oeuvre makes him a perfect fit for curator Christine Shaw’s The Work Of Wind, whose exhibitions are named for the Beaufort scale, which measures wind speed. For Dispersal Zone, Knowles brings in another element: smoke. On a darkened stretch of Queens Quay East, he’ll equip the only streetlights that remain on with hoods made of metal mixing bowls that deliver billowing smoke piped up from smoke machines on the ground, a typical Knowles combo of simple tinkering and more sophisticated machinery.

“I’d been thinking about smoke as something to play with, a tool or indicator,” he says. “The piece is totally dependent on the weather conditions: if it’s blowing a gale, it’s just going to be wisps racing away. When the land warms up in the day you get a lot of air movement, but generally things are stiller at night – at dusk and dawn particularly.

“Hopefully at those times you have clouds building up around the lamps or falling down and drifting off. Some of the lamps are amongst the trees, so smoke might hang in the trees others are above traffic lights, and hopefully the smoke will light up in them as well. Even if it’s not recorded, as in this case, we’re making visible what is going on in the air at different times.”

He sees his project as complementing fellow Brits Ivan and Heather Morison’s Beaufort 11: The Cleaving, a rubble barricade across Queens Quay East at Lower Jarvis. “One of the things I hope for in this balance between the lights being out and smoke drifting is a feeling of collapse and civil unrest.”

Knowles made a brief trip to Afghanistan in 2009 when the Royal Marines invited a few artists to take a tour they’d arranged for CNN reporters who’d bowed out at the last minute. Although he doesn’t see Dispersal Zone as being about his experiences there, he does recall seeing large Russian trucks that generated masses of smoke as military cover.

He also relates Dispersal Zone to a recent commission for a Highland Games event in Scotland. Reinterpreting an ancient purifying ritual called Force-Fire, used to avert plagues and other ills by extinguishing all fires and building fire again with friction, Knowles built a large log structure with ropes that teams of people pulled to twist a log against another and make fire.

“It was another piece that was about action. The chance element was also in the risk. Most people didn’t think this was going to work, particularly since it was raining in the morning. With all the work there is an element of risk in making something that’s dependent on the weather.”

In Toronto, Knowles has discovered, weather isn’t the only unpredictable factor.

“They’ve carved up Queens Quay East and are putting some kind of trench down the middle of the road, which only came up last week, very last-minute. ‘Oh, we need to do this.’ It’s what they’ve got to do for putting in services for condos.”

In a gallery setting, he says, “you’re your own master, but in this kind of situation you’re having to work with all kinds of different partners – Toronto Hydro who own the lamp posts, the company that is installing it. In a situation where everything is quite fluid and changes around the work, the work has to respond to that to some extent. You have to get the best out of it.”

If you’ve ever seen footage of molten lava flows at the base of an erupting volcano and wished you could be closer, now’s your chance. Wysocki has developed his own mobile volcano, a coke-fired cupola producing lava that will be poured on the parking lot north of George Brown College. Come and see the stuff that land is made of. DJ

Using a photograph of a cinder block wall pierced by a shell, this Cuban-based collective meticulously reconstruct the freeze-frame moment of the explosion, granting permanence to a split second in time and letting viewers explore a blink-and-you-miss-it scene. Walking through this sculptural installation will have you checking to see if you’ve entered the Matrix. DJ

Choreographer Brandy Leary’s troupe, whose hypnotic rope-climbing performance was a highlight of last year’s Nuit Blanche, is earthbound and outdoors this time. Evoking the flow of glaciers, a surreal, shifting mass made up of the bodies of multiple dancers travels along Queens Quay, accompanied by sonic and interactive elements. The performance pulls in references to states of density, overpopulation, relocation, disappeared people, mass graves, environmental catastrophe and global warming. FS 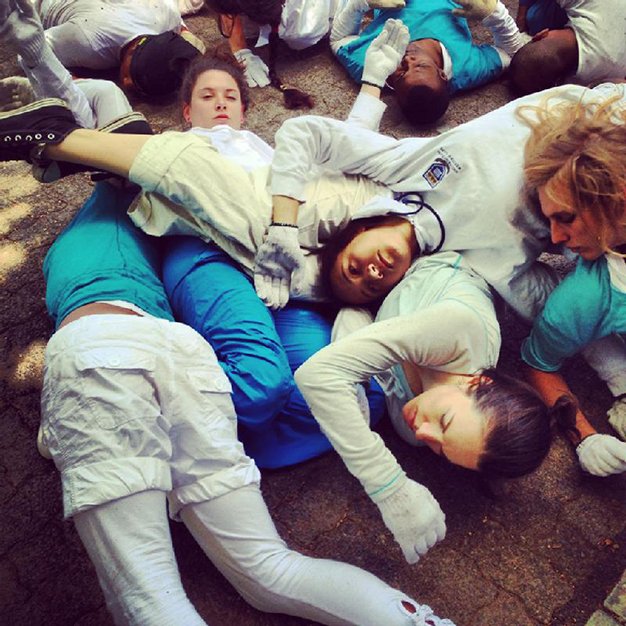