NXNE 2015: A Soundtrack of Violence panel

In the wake of NXNE's cancelled Action Bronson show, Anupa Mistry, Dalton Higgins and Liisa Ladouceur sit down with NOW's Carla Gillis to explore misogyny in arts and culture – and how to stop it. 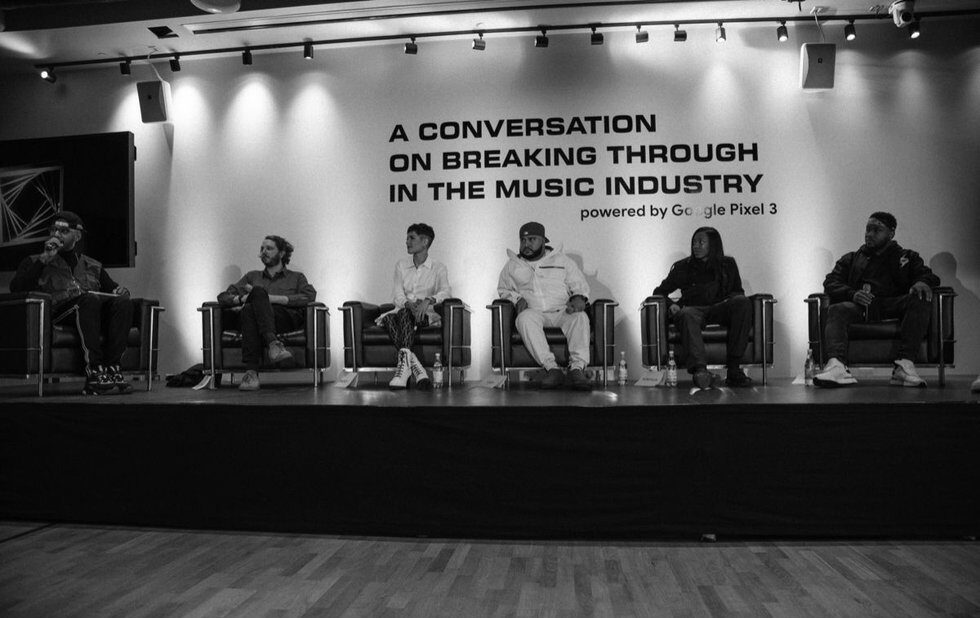 Was Action Bronson simply in the wrong place at the wrong time (or, conversely, the right place at the right time) when feminists local and abroad demanded his NXNE Yonge-Dundas Square show be cancelled because of his misogynistic lyrics and videos?

That was one of the topics at last weekend’s discussion about misogyny in arts and culture, moderated by NOW’s Carla Gillis. The event came as a result of the petition by Torontonian Erica Shiner against an NXNE show at Yonge-Dundas Square by Action Bronson that ended in its cancellation.

Panelists Dalton Higgins, Liisa Ladouceur and Anupa Mistry explored the topic, hitting issues like censorship and policing of art, misogyny in hip-hop and other genres and how we can address issues such as rape culture and the patriarchy that form the foundations of the problem.

Below, find the highlights from Sunday’s discussion:

Anupa Mistry: Anupa is an arts and culture writer whose work has been published in the Globe and Mail, Rolling Stone, VICE, Pitchfork, NOW Magazine and more.

Dalton Higgins: Dalton Higgins is a performing arts and concert presenter with production credits on over 500+ concerts in North America over the last decade. He is the author of six books revolving around music culture, diversity and technology, including his latest Rap N’Roll, which argues that rap is the new rock’n’roll. He is also a boutique PR consultant whose clients include South Sudanese humanitarian and musician Emmanuel Jal and rising rapper Jazz Cartier.

Liisa Ladouceur: Liisa writes about music and the arts, and is the author of Encyclopedia Gothica, a guide to the language and culture of Gothdom. She’s a former member of the board of directors and jury foreman for the Polaris Music Prize, and has been widely published in magazines in Canada and abroad.