NOW MagazineMusicNXNE 2015 Guide: More where you can expect the unexpected

NXNE 2015 Guide: More where you can expect the unexpected 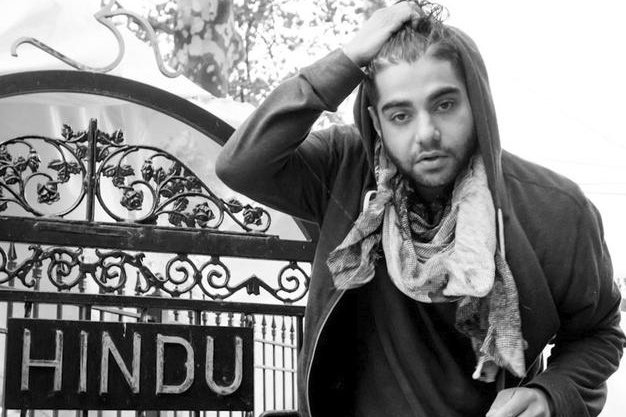 Back when he was still in Das Racist, Heems (aka Himanshu Suri) was known as an unpredictable performer, and that doesn’t seem to have changed.

But these days he’s not hamming it up for laughs as much, and has instead earned a reputation as one of the more sensitive rappers in hip-hop for talking seriously about race, identity, anxiety and depression in the lyrics of his recently released debut solo album, Eat Pray Thug (Megaforce).

“It’s quite emotional music that I’ve made here, so it’s a little different,” Suri says from his NYC home. “On this tour it might be very bare-bones. I don’t even know if I’ll have a DJ. I like the DIY feel of that, and it gives me an interesting opportunity to just talk to the crowd.

“That kind of breaking-the-focus is something people aren’t used to, where one second I’m rapping, then the music is off and I’m talking about something totally unrelated, and then I get back into rapping again.”

Over the last year he’s done a lot of talking, giving lectures at colleges about race and politics, while also branching out into acting, art, fashion and even dabbling in a bit of choreo-graphy. As he runs down his schedule for the next week, you get the sense that he has an unquenchable thirst to try everything and is impatient and frustrated by the impossibility of achieving everything he wants.

“I’m a pretty ambitious person by nature. I don’t know what I’ll be doing in five years, but I know that right now I want to take in as much art and fashion and things that inspire me, because one day I might wake up and want to be a boring dude.”

Despite his insane schedule, Suri can’t seem to resist trying to cram more into each day. While most touring musicians would be happy to play NXNE and then crash at their hotel, Suri is planning field trips and more.

“I know there’s a big Indian community [in the GTA] – I always see them on my Twitter. I might stay an extra day and see what the hell Brampton is about, because I keep hearing about it from Indian kids. I was even thinking of maybe shooting a video up there.”

Last seen in a neck brace on Instagram following a car accident, latter-day rock ’n’ roll entertainer and Dallas Buyers Club co-star Bradford Cox appears to be getting ready for a busy year on the road. Though no new music has been announced yet, his croony solo project, Atlas Sound, is playing a handful of festival dates, and his band, Deerhunter, are also hitting the road, with a stop at the Toronto Urban Roots Festival in September.

The last time Cox toured as Atlas Sound, he made headlines for playing an hour-long rendition of My Sharona in response to a fan request in Minneapolis. (A subsequent Toronto gig was much more civilized.) Fronting Deerhunter on Jimmy Fallon’s talk show in drag with a bloodied and bandaged hand and telling Buzzfeed that Morrissey’s musical influence is “like a pungent death shroud over the future and the past” further demonstrated his knack for keeping things interesting.

But he’s just as adept at generating face-melting psych rock and romantic waves of noise as he is headlines.

Bring earplugs or risk potentially irreparable hearing loss. Health have been making heavy noise since they exploded onto the scene in 2007 with their self-titled debut album. Since then, they’ve put out a second record and done most of the official soundtrack for video game Max Payne 3, but it’s still been six (!) years since a proper full-length.

Luckily for fans, they’ve just announced their third album, Death Magic, out August 7 on Loma Vista. The odds are pretty good that they’ll be banging out new material for this Buzz Records showcase at the ’Shoe, and in furious fashion. The L.A. group’s performances are known for being chaotic maelstroms, where the band conjures up the same ballistic fury that pulses through their dangerously loud records. They’re the kind of band that can blow away festival stages. Giving them the chance to lay waste to one of Toronto’s most legendary music venues should have people trying to piece themselves back together by night’s end.

Last time Obliterations swung through town, singer Sam James Velde took his hardcore fury out on the Hard Luck Bar’s dropped ceiling tiles, piercing the panels repeatedly with his mic stand and in the process showering those of us near the stage with dust and dirt but hopefully not asbestos.

Their unhinged live show is exactly what’s required from music that rages like a foaming-at-the-mouth pit bull and abrasively seethes with pent-up protests informed not by angsty adolescence but by the relentless march of time. All four members, based in L.A., are lifer musicians. Take guitarist Stephen McBean, who was here a year ago with his Pink Mountaintops and will return in July with his most awesome Black Mountain.

Thirteen-track Poison Everything came out last October on Southern Lord, and it’s a doozy – dark, raw, turbulent punk made by longhairs who throw metal-tinged titanic guitar riffs into the fray. You will mosh.

Check out our interview with Rae Sremmurd here.