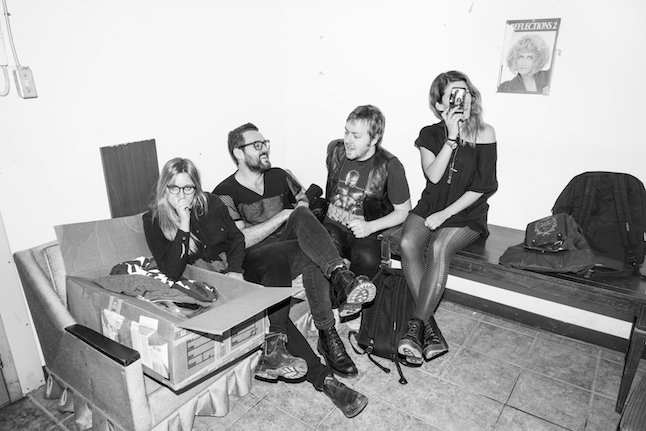 What’s the best thing about the festival experience, as a musician?

Getting paid $$$ and seeing old friends all in the same city.

Nothing. I wouldn’t go to a music festival.

What would make performing more awesome for you?

Does one of your songs translate best to a summer crowd?

No. We write winter music.

What are you looking forward to doing in Toronto?

We always like to accost METZ at any given chance. I like to see my friend Meaghan. Sometimes we eat Chipotle at Yonge-Dundas Square, but we might not this time. I recommend going to Speakers Corner and having your voice heard, politically speaking.

If you were to add a cover song into your set specifically for your Toronto audience, what would it be and why?

We’ve been working on a cover of Rude, by Magic! I’m pretty sure they’re from Toronto, so we’d like to give them a li’l nod.

Best comeback you’ve ever used on a heckler?

I kicked a guy in the face a few weeks ago cuz he was messing with my pedals while I was playing.

Stage-diving and moshing during your set: yay or nay?

I’ve seen mashing – please do it. It’s very entertaining to watch while we play songs we’ve played 1,000,000,000 times. Also, I’m a big fan of clapping between songs with your crutches in the air.