Of A Monstrous Child: A Gaga Musical

OF A MONSTROUS CHILD: A GAGA MUSICAL by Alistair Newton (Ecce Homo/Buddies in Bad Times, 12 Alexander). To May 26.. 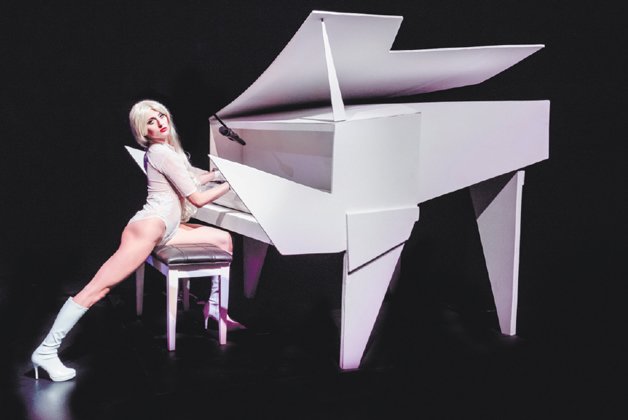 Alistair Newton and Ecce Homo are building one of the most impressive bodies of work in the country, sifting through queer history to create intellectually rigorous and theatrically sharp works like The Pastor Phelps Project and Loving The Stranger.

Newton’s latest, produced in association with Buddies in Bad Times, dissects the phenomenon that is Lady Gaga. It’s subtitled A Gaga Musical, but this is no parade of hits. Rather, it’s a savvy, multilayered look at identity, celebrity and where the artist born Stefani Germanotta fits into the spectrum of cultural iconoclasts.

The show’s MC is himself one of those iconoclasts. Leigh Bowery (Bruce Dow), a queer designer and performance artist, comes back from the dead (he died at 33 from AIDS-related illness in 1994) to guide us through the next 90 minutes, which feels like a brilliant mashup of concert, sketch show, oral history and lecture.

An early fashion-runway-style -sequence illustrates the various figures who preceded and influenced Gaga, like Boy George (a contemporary of Bowery’s), Cher, Grace Jones and Bjork. In one of many startling images, Gaga (Kimberly Persona) then appears, her outfit cobbled together from bits of all their outfits. (Matt Jackson created the effective sets and costumes.)

Newton uses many devices besides Bowery’s campy narration to structure the piece: a figure called the Little Monster (Tyson James) acts as a Gaga acolyte, and big projected words like “Martyrdom” and “Redemption” make us feel like we’re witnessing some Catholic ritual. Camille Paglia (Gavin Crawford) appears a couple of times to criticize Gaga.

It’s messy, but there are nuggets of brilliance. Newton’s send-up of contemporary hipsters is played to deadpan perfection by Chy Ryan Spain and Kyle Travis Young. And his look at the dark side of creativity and fame in a sequence on “party monster” Michael Selig (Young) is chilling, especially when Selig sings Radiohead’s Creep from what looks to be a prison room but then, in a flip of Jackson’s set, turns into something more sinister.

Musical surprises abound. Gaga duets on Creep with Poker Face, and Edge Of Glory is juxtaposed with Queen’s Radio Gaga, the arrangements always illuminating. The chorus from Bad Romance sounds like a Gregorian chant.

There’s not a weak link in the cast. Dow shows the intelligence and pain beneath Bowery’s intentionally gaudy exterior, and Crawford, Spain and Young create quick portraits without resorting to caricature. Persona has Gaga’s nasally inflected voice down pat and, during one moment on opening night, embraced the spirit of the show by turning a wardrobe malfunction (a fallen wig) into a statement.