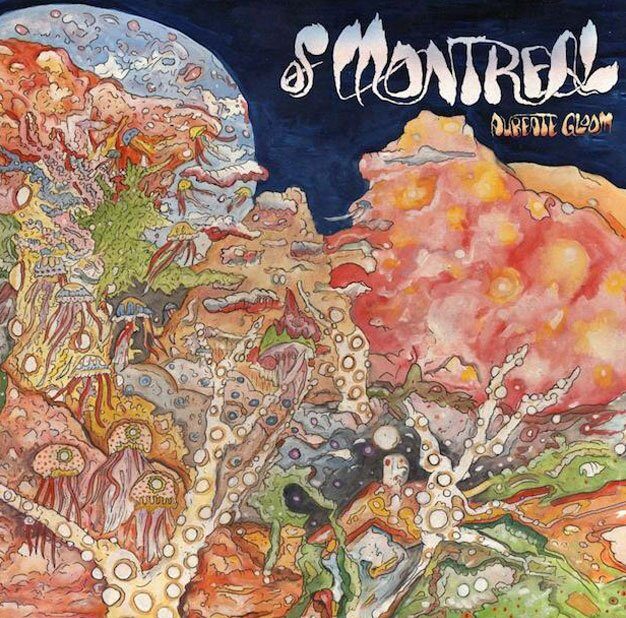 On their 13th album, Of Montreal shift away from psychedelic prog-pop toward 70s punk and glam rock mixed with early 80s post-punk and new wave influences. It’s the kind of revivalist thing that would have seemed too fashionable 15 years ago but is now far enough removed from trends that it just comes across as an honest reflection of founder Kevin Barnes’s current interests. What hasn’t changed is his habit of cramming too many ideas into a song, a sometimes annoying tendency that pays off surprisingly often.

While not the most original-sounding, Barnes and his band keep things interesting by smoothly bouncing between overtly sweet pop moments and anxious dissonance. Too bad clunky lyrics hold things back at times. He’s always taken an idiosyncratic approach to that, but this particular album came out of a divorce and a period of emotional turmoil, and the acutely personal lyrics often sound like excerpts from a teenager’s diary.