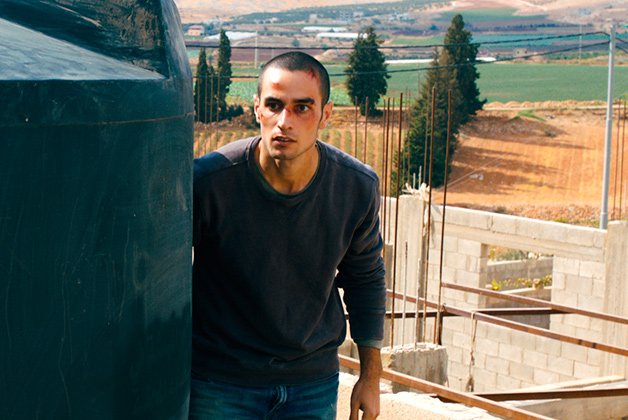 Adam Bakri plays a Palestinian who makes a deal with Israeli security in Omar.

Omar – which could well take home the best foreign-language Oscar on Sunday night – finds Paradise Now director Hany Abu-Assad returning to the Israeli-Palestinian conflict for another tightly wound thriller about a West Bank true believer (Adam Bakri) who finds himself drawn into a much larger game.

His name is Omar, a young baker with revolutionary aspirations. When he and two friends (Eyad Hourani, Samer Bisharat) fire on an Israeli military post and kill a soldier, Omar is arrested and thrown into prison, where a Shin Bet agent (Waleed F. Zuaiter) offers him a deal: bring in his friends or disappear down a very dark hole. And so Omar returns to Nablus.

Abu-Assad doesn’t try to recreate the nail-biting immediacy of Paradise Now, which followed two would-be suicide bombers in Tel Aviv. He takes his time establishing the characters and situations, folding in a romantic complication through Omar’s desire for the sister (Leem Lubany) of one of his comrades.

That just forces us to focus on Omar himself, and Bakri’s complex performance, to understand what’s really going on in the guy’s head. As Abu-Assad drifts back and forth between straight-up thriller and intimate character study, we’re drawn deeper and deeper into the story.