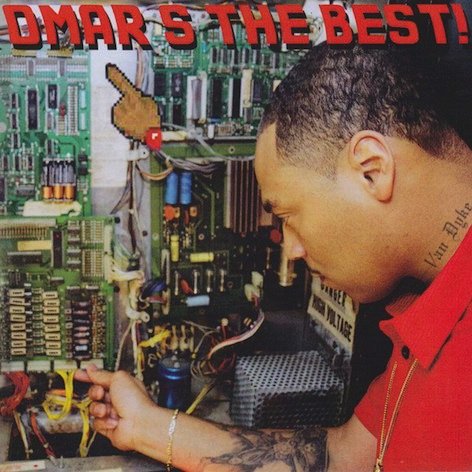 It doesn’t get much cockier than naming your album The Best. Given that Detroit house/techno producer Omar-S (aka Alex O. Smith) called his last two LPs Thank You For Letting Me Be Myself and It Can Be Done But Only I Can Do It, what’s most surprising about the title is its brevity.

Though its 11 tracks cover an array of sounds and styles, most share a cut-to-the-chase directness befitting the title’s succinctness. A cult figure in the dance world who self-releases his music, Omar-S is known for mixing raw analog production with soulful sounds and vocals that sometimes verge on R&B or pop. On The Best, the best example of the latter is On Your Way, an earnest, graceful house ballad about self-confidence.

The serenity and steadiness of that song give way to something more anxious on Heard ‘Chew Single, with its tumbling snares, burbling bass and piano riff that rises in urgency. Bitch… I’ll Buy Another One!!! is hard, squelchy and spacey acid, while the meandering and at times beatless Ah’ Revolution (Poli Grip For Partials Nik Mix) with its weird, free-associative spoken vocal takes the album into a druggy, backroom jazz cabaret. A warm house beat slowly emerges on Seen Was Set, a trip through the 80s Detroit party scene.

Like so many dance albums, The Best is continually in conversation with earlier eras and styles. It pushes forward by looking back, in part through Omar-S’s application of yesteryear’s grimy textures to beautiful and aggressive moments. Listening to his music is like watching a film by a contemporary director who stubbornly adheres to shooting on film stock.