NOW MagazineNewsOmbudsman of All Things

Ombudsman of All Things 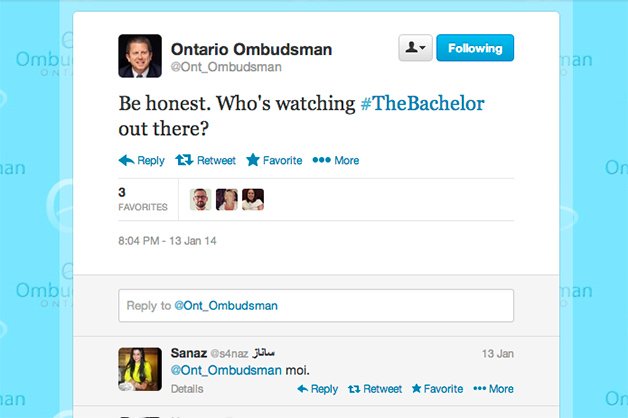 Officially, Ontario Ombudsman André Marin is tasked with overseeing and scrutinizing various extended branches of the provincial government: ministries, agencies, Crown corporations, etc. Through both individual casework and systemic investigations, his office tries to rectify institutional failings of all sizes.

But in his five years on Twitter, Marin has not allowed himself to be boxed in by his legislated mandate. He is Ontario’s Watchdog in all respects.