Interviewing Adulis Chedo Mokanan is not unlike listening to his podcast, The Come Up Show.For nearly 10 years, the 30-year-old. 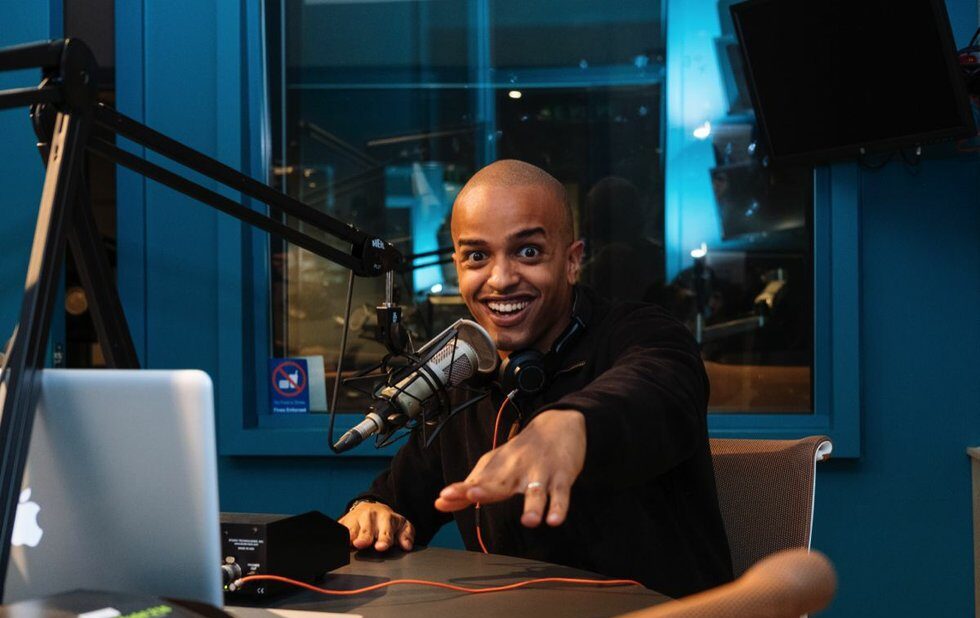 Interviewing Adulis Chedo Mokanan is not unlike listening to his podcast, The Come Up Show.

For nearly 10 years, the 30-year-old has been doing deep-dive interviews with local and international hip-hop luminaries, from Boi-1da, T-Minus and Rich Kidd to Kendrick Lamar, Phife Dawg and The Game, and many acts that have yet to break through.

He revels in professional development anecdotes that reveal how artists came to do what they do. His own come-up story, as told to NOW, includes telling details that illustrate the kind of intrepid determination he admires in others.

Mokanan moved from Eritrea to Saudi Arabia and then to London, Ontario, with his family in 1996 at age 10. A hip-hop fan since high school, he would DJ clean versions of rap hits in the cafeteria. He started The Come Up Show in 2007 after volunteering at University of Western Ontarios radio station, 94.9 CHRW.

The show started in the graveyard slot, but as it expanded into a blog and video, the interviews started going viral, and he landed a 6 pm slot on Saturday nights.

Now based in Toronto, The Come Up Show has evolved into a weekly podcast. Mokanan also programs for the Manifesto Festivals Yonge-Dundas Square stage and has put the life lessons hes learned into the new e-book Stop Playing By Their Rules: An Artist Guide On How To Market To Fans.

All these artists were coming to town and giving me their music for free. I was like, How come people dont know about this? How come my friends dont know this? The show went from playing good American hip-hop to focusing on the Canadian scene because it needed as much attention as possible. Back then, Canadian hip-hop wasnt what it is now.

You knew the Kardinals and Choclairs, but not indie hip-hop. When I started The Come Up Show, there were CRTC CanCon rules that said we had to play 40 per cent, but because its campus radio, they dont want to screw up, so they played an extra 5 per cent. That really put me in the local scene.

In the summertime, I went to this club called Jim Bob Rays every Wednesday it was the poppin spot. I borrowed my dads Buick Century, pulled up in front of the club and handed out flyers. You know Vistaprint.com? You can print out free business cards, and on the back it says, This card was printed by Vistaprint. All you had to pay for was shipping. I had a simple template saying, Hey guys, from 2 to 6 am Im playing music. Ill be your after-party music. People working the graveyard shift at McDonalds, Walmart, factories and taxi drivers became my audience. The show got popular so I was able to get a better slot.

Before I started the show I was just an average guy, hanging out with my friends and drinking. When I started The Come Up Show, I changed. I started saving my money and instead of spending $100 at the club, Id save that to make T-shirts for the show. I started reading personal development books. I wanted to learn about success. Don Miguel Ruizs The Four Agreements changed my life.

It wasnt until one of my fans, a skateboarder who recorded videos of him and his friend skating, said, Can I record one of your interviews? The big one was Raekwon in Grand Bend for the Grand Bender Festival in 2009. It was uploaded on Facebook and YouTube, and blogs start picking it up. I was like, Oh, damn, theres something here. I was getting so many submissions from artists that I needed another platform, so I started the blog.

Doing video interviews became the hustle. I went from doing it in London to doing it Toronto. For a few years I was driving back and forth. Then I moved here two years ago.

With the attention there is now on Toronto, the average mainstream fan is open. Theyll come to a show and check out Sean Leon, Daniel Caesar or K. Forest. They wont have the Screwface.

I now sense optimism as Im talking to artists. If artists are working on their own, theyre focused on their journey, and its like, Yo, let me do my thing, compared to I dont want to work with this person. More artists are working together. And I think the more opportunity there is for artists to work together, the better.