NOW MagazineNewsOntario Election 2018: Time to start talking about the effects of climate change on our kids

Ontario Election 2018: Time to start talking about the effects of climate change on our kids 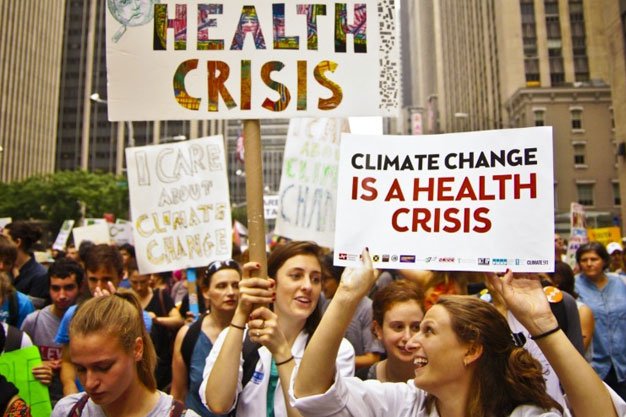 I was startled recently by this statement in a medical journal: “Dramatic changes to the climate are expected to occur within the life span of current pediatric patients.”

Our climate is changing in many ways right now. Yet climate change still seems like some vague distant future-thing.

Time flies, and in that no-so-distant future, your children will endure more mega-storms, extreme precipitation events, floods, heat waves, droughts, and fires. Water and food shortages will arise. Climate refugees will abound. Longer, warmer summers will allow Lyme disease to spread. Sea water will be lapping around people’s legs in cities like Miami.

There are many reasons why parents should care about all this. Climate change is a threat multiplier. It will make all other childhood threats worse. Many climate scientists are parents, too. And they are worried.

That’s because greenhouse gas levels keep rising. Seventeen of the hottest planetary years on record have occurred since 2001. It’s been above freezing at the North Pole in mid-winter. Extreme weather events have already tripled in frequency since the 1970s. Hurricane Harvey crossed over Gulf waters 40 Celsius warmer than usual, then dumped trillion of gallons of water on Texas and neighbouring states. Consider the costs to our economy, our health, our state of mind, and our pocketbooks. It will only get worse.

But although we’ve known about climate change for decades, we’ve managed to ignore reality and do almost nothing. And so we have arrived at a critical time. The choices we make now will affect the future of our children.

The most critical action we can take is to put a price on carbon in Canada and around the world. China, Europe, Mexico and many other places have carbon pricing in place or planned, as do B.C., Alberta, Ontario, Quebec and California. We can argue about better ways to price carbon and how to use the money, but we cannot go backwards and start axing the tax.

We need to build the political will to implement a truly revenue neutral price on carbon with all proceeds going back to citizens, for the sake of all children everywhere.

Elaine Blacklock is a pediatrician and volunteer with Citizens Climate Lobby (CCL-Canada).

Where the Liberals, NDP, PCs and Greens stand on climate change 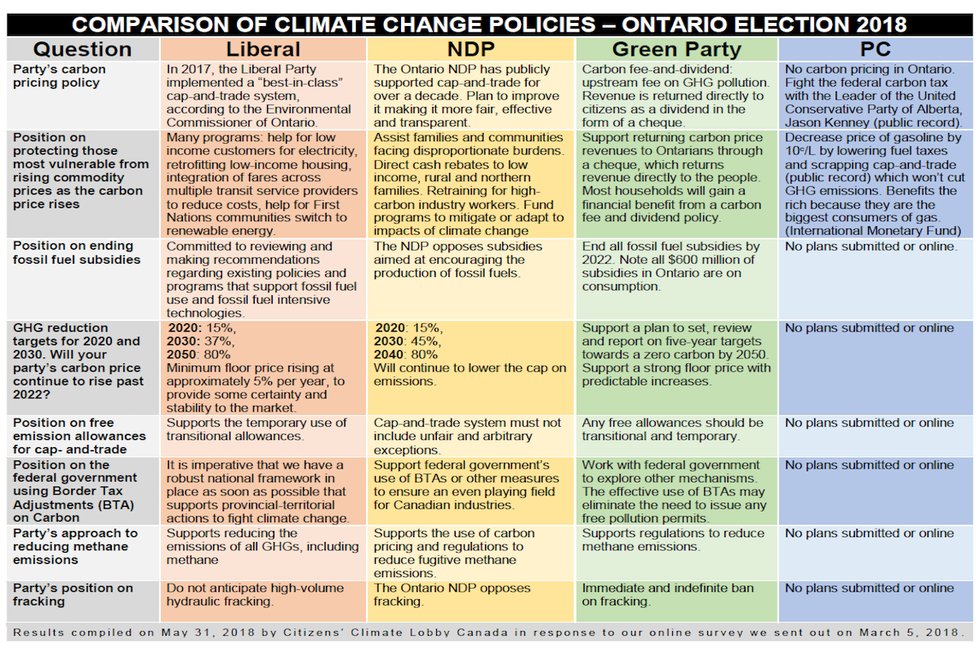