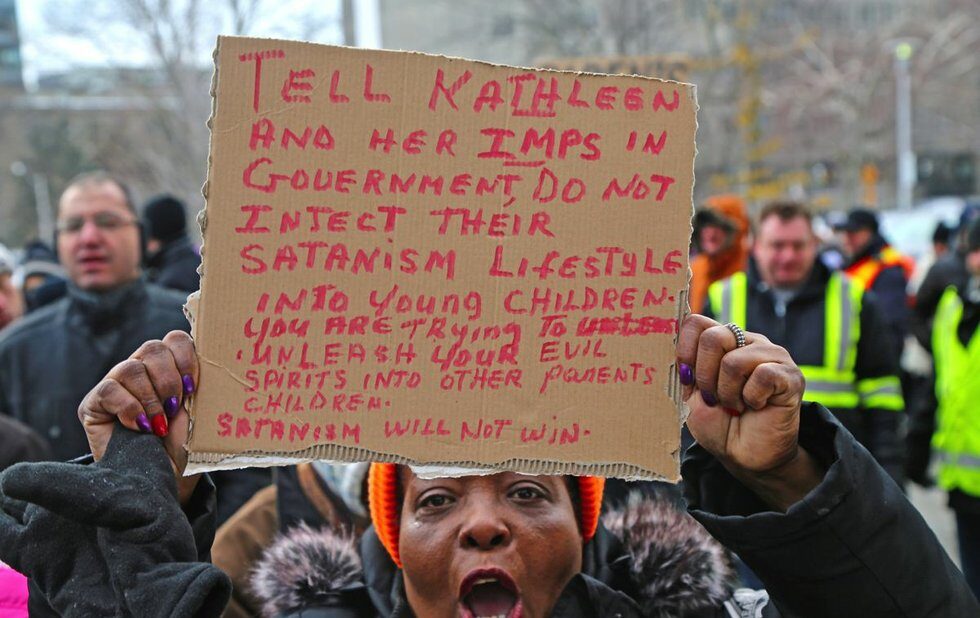 Around 20 years ago my wife and I spent a year home-schooling our children. We have four, but only two were school age. Our reasons were partly religious and partly because we’d been convinced that home-schooling was not only revolutionary, but immensely beneficial: it helped us bond, allowed space for individual initiative, enabled children to develop at their own pace and so on.

Perhaps we were naive. We were certainly credulous, and my theological views were profoundly more conservative than they are today. So for a full year we educated the kids at home.

Because of a certain prominence in the conservative Christian world in the past, I was asked to speak at several home-schooling conferences and met with numerous leaders of the movement.

While there are secular, anti-state types who do it, many more are ultra-religious and mainly conservative Roman Catholics or right-wing evangelical Christians. Some are relatively mainstream in their views, but many embrace conspiracy theories about the dangers of vaccination, for example, the threat of public education and the so-called evils of modern society. They are generally puritanical on matters of sex. Some reject evolution. This is not a recipe for a well-adjusted, well-formed young person.

I say all this because of the contrived controversy over the new Ontario sex education curriculum (officially, the Health and Physical Education Curriculum), which we are told has led to some 2,000 children being removed from the school system out of fears that they will be perverted by this supposedly monstrous manifesto of social engineering. Many of these children are now being home-schooled. A number of their parents are Muslim, but many are Christian, and I know them well.

The document is more discussion than indoctrination, but the reaction has been hysterical from people who make a fetish out of their fears.

One allegation, for example, is that disgraced former Ontario deputy minister of education Benjamin Levin was behind the curriculum. But in fact, sex-ed programs similar to Ontario’s are taught across western Europe.

Anti-LGBT feelings infect the reactions of the people withdrawing their children from school. They seem convinced that if their kids receive a modern sex education they will either become chronic masturbators or gay activists. Goodness, we couldn’t get our children to do their math homework!

Some Muslim parents who are refusing to send their children to school are using online and Skype classes directly from Pakistan, a country where a strict blasphemy law is enforced and secular, gay and Christian Pakistanis are regularly persecuted. The educated, pro-Western Pakistani establishment is shrinking, and the idea of young Canadians being raised according to Pakistani Muslim educational criteria is not comforting.

Some of the Christian children taken out of school over the curriculum are being sent to private schools, but those, too, aren’t sufficiently religiously rigorous for objecting parents. Many conservative Catholics consider the separate school system too liberal and think that most private Catholic schools are effectively post-Catholic.

Opponents of the public system will point to some home-schooled children’s academic achievements.  But their insularity and lack of socialization can be painful to observe. Many of their communal activities, such as sport or play, are conducted with other home-schooled children, so bias and even prejudice are enforced rather than challenged.

Legally, parents have a right to withdraw their children from school as long as they can prove that an adequate education is being offered. That’s not particularly difficult, and it’s common for the authorities to hardly even check.

The problem, however, is not how much history, geography or literature home-schooled kids know, but how they regard those who think and feel differently.

Beyond imparting an informed ability to avoid unwanted pregnancy (many home-schooling parents reject any form of contraception and condemn abortion as a mortal sin), education must foster their capacity to become happy, mature men and women who respect themselves and others. I am far from convinced this is the case in many home-schooling families.

Out of a mild and long-overdue reform of Ontario’s school sex education has emerged the empowerment of a community that rejects much of what modern Canada represents and reflects. To a very large degree, the last people who should be home-schooling are home-schoolers.