Social conservatives in Ontario PC party ranks are rejoicing. Long convinced that powerful special interests have conspired to silence them,. 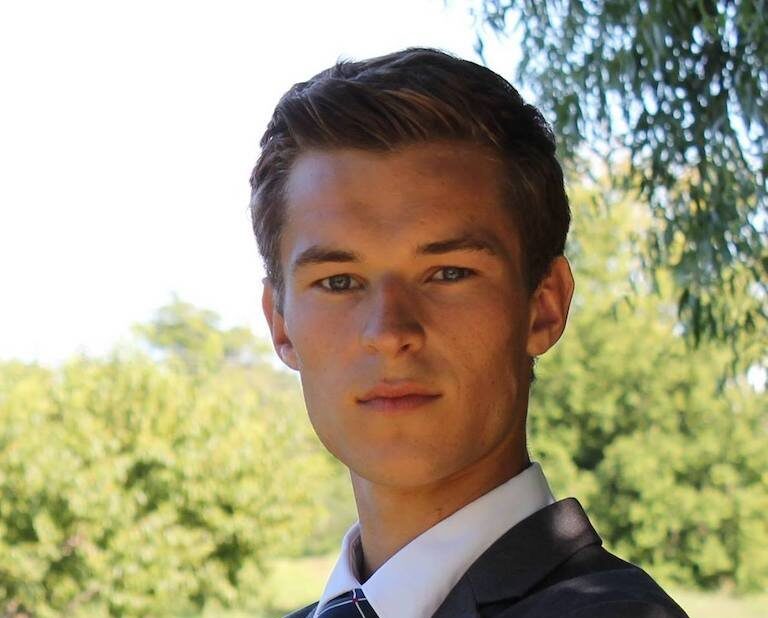 Working on Sundays is against the religious beliefs of newly-minted Niagara PC MPP Sam Oosterhoff.

Long convinced that powerful special interests have conspired to silence them, they now have a miniature saviour in 19-year-old Sam Oosterhoff, the new PC MPP for Niagara West-Glanbrook in Ontarios Bible belt.

The university student shocked the party establishment when he defeated PC party president Rick Dykstra, a good friend and chosen candidate of Ontario PC leader Patrick Brown, to win the nomination last month amid blowback over Brown’s flip-flop on the province’s ex-ed curriculum. Now he has won the seat vacated by former PC leader Tim Hudak in a one of two by-elections held Thursday, November 17. (The governing Liberals held onto Ottawa-Vanier.)

While Brown sang the young mans praises shortly after his victory was announced last night Brown described Oosterhoff’s win as “impressive” the truth is the last thing the PC leader wants is another social conservative in his caucus. Those closest to Brown confide they’re deeply concerned the new boy will not remain on message and cause the party more embarrassment over sex-ed, abortion and gay rights as the leader tries to tack a more mainstream political course for the PCs. As one Liberal insider told me, Its only a matter of time before Sam Oosterhoff or one of his supporters says something extreme.

To be sure, Oosterhoff’s nomination win is part of a greater, deeper division in the Ontario PC party between the mainstream and the Christian right.

Oosterhoff is himself firmly entrenched in the latter. A member of the Spring Creek Canadian Reformed Church in Vineland, he embraces a strict Calvinist theology that is far to the right of most other Reformed Christians in Canada. Thats his absolute right, of course, but his refusal to work on Sundays could be an issue, as could his resolute stance against abortion for any reason and vehement opposition to the new sex ed curriculum, which has already brought him into direct conflict with his leader.

Oosterhoff has tried to keep his religious beliefs out of the media spotlight in the lead up to and throughout the campaign. The only interviews with him have been painfully of the softball variety.

He could have been asked, for example, if he agrees with his churchs teaching that homosexuality is a mortal sin and that those who live in gay relationships are destined for the fires of hell. He could also have been asked about a powerful element within his support: the home-school and independent Christian school movement, and the fact that he himself was home-schooled.

The bulk of parents who teach their children at home are conservative Christians with politics to match. It is particularly strong in the Niagara region and has a powerful Dutch, Protestant flavour. These schools produce political activists and socially right-wing politicians and are growing as conservative Christians in the Ontario Bible-belt and rural and suburban communities feel increasingly disenfranchised by schools where issues such as modern gender theories and evolution are discussed.

This is more than nostalgia. It’s influencing a new generation to reject many of the values that the majority of Canadians now accept as self-evident. Nor are the schools, especially some of the newer ones, confined to the Dutch or Protestant community.

Right now, young Oosterhoff is parroting the party line and insists that his election is about reining in rising Hydro bills and poor government management. But thats not going to last: his backers didnt work so hard simply to propel another centrist into party politics they want their causes represented and if that doesnt happen there will be consequences. Oosterhoff is unlikely to let them down. After all, he is convinced that the Lord is on his side. Whatever Gods opinion, his more right-wing followers have no doubts.

A case in point is Dykstra’s nomination loss. As a federal MP in the St. Catherines area, he had become increasingly distant from the Christian right in his constituency. I sat next to him at a Christian gathering in his riding four years ago after he had voted against an implicitly anti-abortion bill in Ottawa. The hostility towards the man was tangible. He lost his seat in the next election.

Activists at the largely Roman Catholic Campaign Life Coalition and Charles McVetys Canada Christian College are demanding that at the very least Oosterhoff work against the new sex-ed program, even while Brown is trying to court the gay vote.

If Oosterhoff forms an alliance with socially conservative MPPs already in the PC caucus like former leadership contender Monte McNaughton, it could give others in the caucus enough confidence to be more outspoken in their visceral distaste of Kathleen Wynne.

For Brown, beyond the right-wing Christian vote is the emerging Muslim electorate and some on the conservative wing of the Sikh community opposed to the sex-ed curriculum. Both groups have already been courted successfully by the social conservative movement. Suddenly, the PC leader has some genuine problems on his hands.