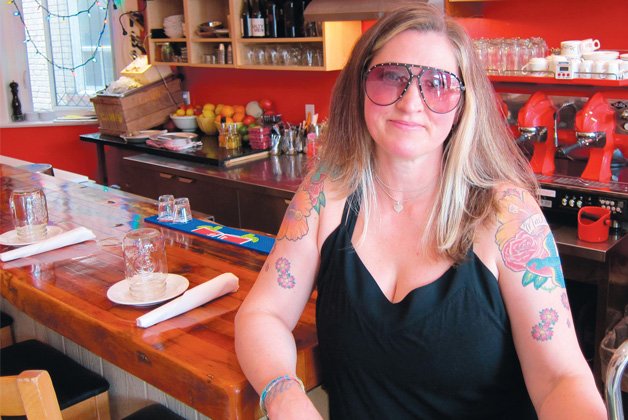 Out near Baby Point, Megan Whiten has converted her cute ‘n’ kitschy Camp into the slightly more refined Fish Camp (244 Jane, at Horshaw, 647-346-2267, camprestauranttoronto.com, @CampRestaurant). The reconfigured 20-seat room now puts the focus on seafood and serves dinner Wednesday through Sunday from 5 pm, with brunch only on Sunday.

“We started doing Fish Fridays and everybody loved it,” says the original Beaver owner/chef. “It proved so much fun, we decided to do it every night.”

Charlotte Langley, ex of Catch, is responsible for the fish-alicious carte. There are buck-a-shuck oysters on Wednesday, and $5 catfish tacos on Thursday. But are those still your mother’s famous scalloped potatoes alongside the wild Pacific halibut ($29)?

“They’re Charlotte’s,” laughs Whiten. “She’s such an artist, I didn’t want to interfere. But maybe Mom’s will resurface at brunch!”

After a remarkable 37-year run, Mary Jackman has quietly closed the Peter Pan. The Queen West landmark served its last supper three weeks ago. Though 2012 was one of the historic art deco diner’s best years ever, it never really recovered from a fire in the building next door that fall, not to mention non-stop condo construction.

“I couldn’t keep it open any longer. We just couldn’t turn a profit,” says Jackman. “It’s all very sad.”

Luckily, she’s found someone who wants to keep the Peter Pan spirit alive. Enter a team headed by chef Noah Goldberg of the short-lived Feasting Room at the Orbit on College two summers back. Could the new Peter Pan be more of the same?

“I’m not exactly sure what they’re doing, but I know they’re sinking a fortune into the place. They say they’re keeping the name, and they’ve sent the bar and the booths out to be refinished.”

Goldberg wasn’t the only party interested in the Peter Pan. A certain Susur Lee – who started out flipping burgers at the legendary luncheonette back in the 80s – put in a last-minute offer.

“Susur and I fell in love while working there,” says Lee’s partner, Brenda Bent. “We’re so bummed we didn’t get it.”