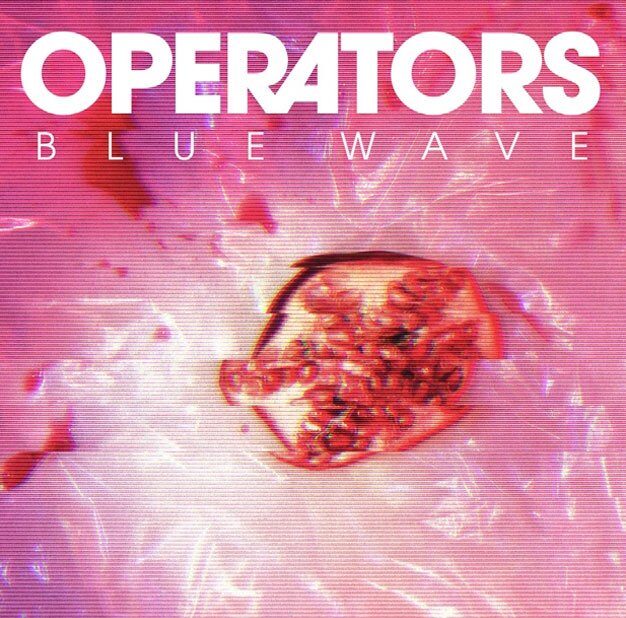 In a recent interview, Dan Boeckner described Operators as an extension of his mid-2000s synth-pop band Handsome Furs – but without any limitations. With Handsome Furs, Boeckner and then-wife Alexei Perry were confined to two voices, a couple of synths and a guitar. Now without a clear sonic mandate, Boeckner and the rest of Operators (drummer Sam Brown and multi-instrumentalist Devojka) can pick and choose from any genre or era they like, and the result is a mix of post-punk riffs, melodic pop and dance music. This variation makes Blue Wave a surprising if sometimes disjointed debut.

The advantages of mixing and matching are exemplified by Control, which pairs pulsating rhythms and grimy electronica with ease, and excellent first single Cold Light, which sounds like a straight-up pop song on the surface – its singalong chorus is as catchy as 10-year-old Wolf Parade song This Heart’s On Fire – but is punctuated by melody-defying static bursts. When the guitar-driven Evil or the 80s-synth-indebted Nobody suddenly comes along, the transition can be jarring, the only line of continuity coming from Boeckner’s signature yelping voice.

Produced by Holy Fuck’s Graham Walsh and recorded while Boeckner was writing new songs with Wolf Parade, Blue Wave fails to clarify what kind of band Operators truly is. Are they post-punk rabble-rousers? A modern pop band hiding behind retro synths? A gritty indie rock trio? Of course, they’re all of the above, with Boeckner happily shape-shifting in between.