Out Of Print is a labour of love 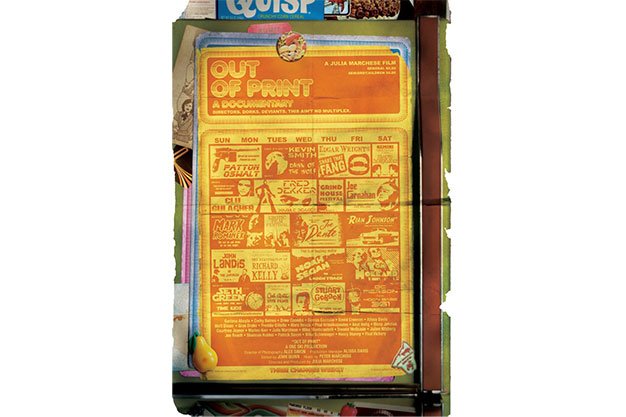 Out Of Print celebrates the New Beverly Cinema, a repertory theatre in Los Angeles that serves the moviemaking community by inviting directors, actors and writers to program the films they love, screening them in 35mm prints wherever possible rather than digital editions.

The New Beverly is a great theatre, and director Julia Marchese – who worked there from 2006 to 2014 – gathers an assortment of employees and patrons (among them directors Rian Johnson and Edgar Wright and actors Seth Green, Noah Segan and Clu Gulager) to sing its praises.

But as Out Of Print goes on, it becomes clear that the film doesn’t really have an angle beyond honouring repertory culture in general and the New Bev in particular. The talking heads start repeating themselves about halfway through.

By the time Marchese takes the movie to London for a celebratory screening at the Prince Charles Cinema (in an earlier cut, I presume), I was more than ready for the credits to roll.

More frustrating is the fact that Out Of Print was completed before Marchese was let go from the New Bev. Quentin Tarantino took over the theatre as manager and programmer in the fall of 2014. Acknowledging that turn of events would have made for a very different documentary – and probably a much more compelling one.