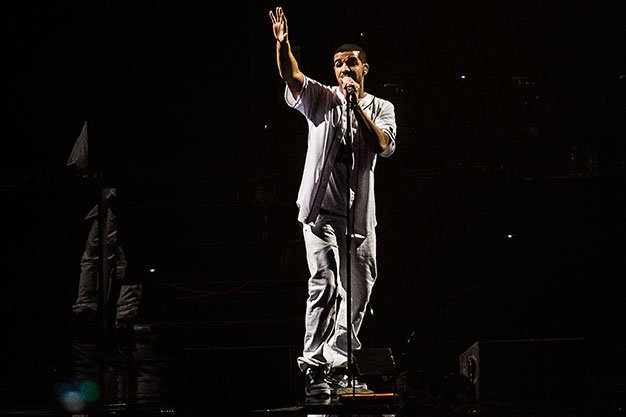 Aside from being an excuse for a symmetrical listicle, the sixth edition of Drake’s OVO Fest in the city he’s rebranded as “the 6ix” is a good time to take stock of Toronto’s biggest hip-hop event, how it’s grown and how it might evolve in the future.

The surprises are both curated and random. In 2011, Nas got the call to perform when Drake found out the New York MC happened to be in town for Caribana. The two met for the first time onstage.

Last year, moments of spontaneity were fewer since the guest slots mostly showcased acts signed to OVO Sound: Majid Jordan, PartyNextDoor and OB O’Brien. Meanwhile, the weight of expectation around the surprise guests has started to feel formulaic.

Besides being a Toronto pride rally, a celebrity parade and a theatre for hip-hop drama, each OVO Fest has marked a progression in Drake’s performance chops. But now that the show has settled into a slickly executed groove, it might be time to fuck with the formula. Here are NOW Magazine’s unsolicited suggestions (six, naturally) on how to do that.

OVO attracts Drake’s most ardent fans, so why not hit them with some musical risks? Drake’s surprise release, If You’re Reading This It’s Too Late, was a perfect summation of the introspective sound he’s been refining for the past few years, and in an April article by writer Ernest Baker for Fourpins.com, Drake indicated his upcoming Views From The 6 album will mark a stylistic departure. Give it to us.

Three words: Be. Yon. Cé. Or more women, period. Last year had the strongest showing, with appearances by Jhené Aiko, Lauryn Hill and Tinashe. In the previous four years, TLC and Nicki Minaj were the only female acts to take part, and no women are currently signed to OVO Sound.

When Drake is on the road, his OVO Fest set tends to resemble his current tour. That makes sense from a production point of view, especially after the delays that disrupted the flow of 2011’s OVO Fest when Drake was recording Take Care. But last year’s focus on deep cuts was a good way to switch things up and cater to the hardcore faithful.

4. Judicious use of OVO Sound artists

Last year, Majid Jordan were clearly not ready to hold down a stage the size of the Amphitheatre, and PartyNextDoor’s extended set dragged the show to a halt. Every artist likes to show off his or her proteges, but if an act’s not ready, the effect is counterproductive.

Drake’s has improved over the years, and since producer Noah “40” Shebib was touting Drizzy’s well-rounded musicianship in the wake of the ongoing beef with Philly MC Meek Mill, maybe it’s time for a Mariah moment?

Drake challenging an unsure Usher to a dance-off last year was awkward but funny. More improvised moments or freestyles would be good – unless an artist doesn’t do “off script” very well. Of course, Drake’s latest salvo at Mill bodes well for the summer’s hottest hip-hop drama spilling onto the Amphitheatre stage (for the second time this week).

Drake should just do the whole concert dressed as Oprah Drake from the Energy video. Better yet, Oprah Drake vs. the real Oprah.