Pages Festival scores out of the gate

Well curated event took the word beyond the page, but I still love a physical book 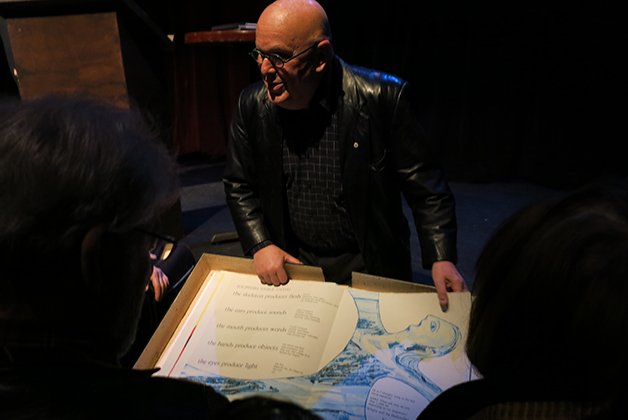 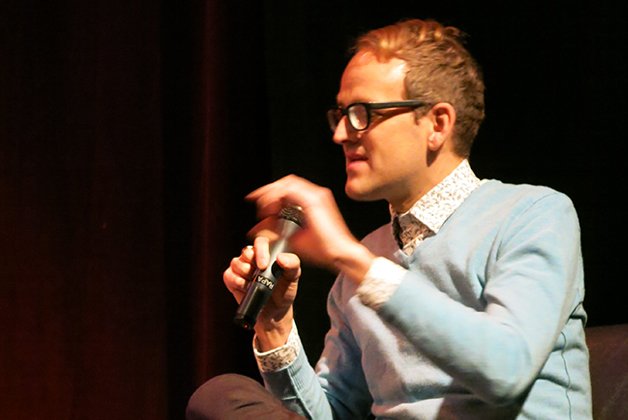 At a time when music festivals have evolved to include sprawling interactive conferences and there’s a general shift to multidisciplinary arts fests, it’s high time to revisit the format and role of literary festivals.

Enter Unbound, the three-day Pages Festival, which wrapped up its inaugural year on Saturday, March 15.

The brainchild of Marc Glassman (formerly the owner of Pages Books & Magazines on Queen West and the creator of This Is Not A Reading Series), it promised (and delivered) a shift in emphasis from conventional authors and books to slide presentations, music videos, graphic novels and talks about the intersection of art and books, film and books, and the new frontiers of interactive digital storytelling.

It was by far the most visually oriented literary festival I have ever attended.

Like TINARS, Unbound didn’t feature authors reading from their own works. Rather, the format involved interviews, panel discussions and presentations.

Not that there wasn’t any reading. Margaret Atwood, for instance (who wasn’t there in person), was represented by artist Charles Pachter reading from her letters and poetry while discussing their friendship and collaboration on The Journals Of Susanna Moodie (which will soon go into its third printing). And the late Carol Shields (who also wrote a book inspired by Moodie) appeared in a video reading, an introduction to a new digital interactive project based on her work.

The fest invited participants to expand their concepts of what writing and storytelling are and what genres and formats can be considered canonical. Music videos, for instance – represented Friday night at the Tranzac by Stuart Berman, Vivek Shraya, Dalton Higgins and Bruce Peninsula’s Misha Bower sharing some of their favourites – weren’t much of a stretch, considering they already show up as teaching tools in the classroom.

But Shawn Micallef’s literary use of the character WilliamLyonMackenzie (rebelmayor) on Twitter, which he explained during the Urban Narratives discussion, was a naturally interactive, engaging and funny revelation.

Gerry Flahive’s sharing of short films and interactive animations related to his High Rise project was also inspiring. The Urban Narratives session also included the first public presentation of Track Toronto, a [murmur]-inspired interactive map of Toronto featuring songs inspired by specific locations in the city or the city at large.

For a fest that looks to the future (or at least very present), some of the most poignant moments Saturday came from old book technology and the past. Take, for instance, the crowd that gathered after the Susanna Moodie discussion to look through a physical copy of Atwood and Pachter’s book from its original handprinted run, or Seth’s defence of old-fashioned charm in graphic novels and books – shiny foil, logos, embossing and all – during The Art Of The Graphic Novel. (I could have listened to Seth talk for over an hour versus his allotted 20 minutes, but I digress.)

Unbound demonstrated that it’s an exciting time for writing and storytelling, but I think the jury’s still out on what will have lasting impact. Perhaps I’m old-fashioned, but at the end of the day I still want to take a physical book home and enjoy its analog interplay of art, design and the printed word.

My concern is that the more visual and interactive things get, the less space there will be for a personalized, imaginative relationship with literature.