Pan Am Games’ coming out party

Toronto's Games could be the most LGBTQ-inclusive ever, but athletes' struggles with the closet haven't gone away 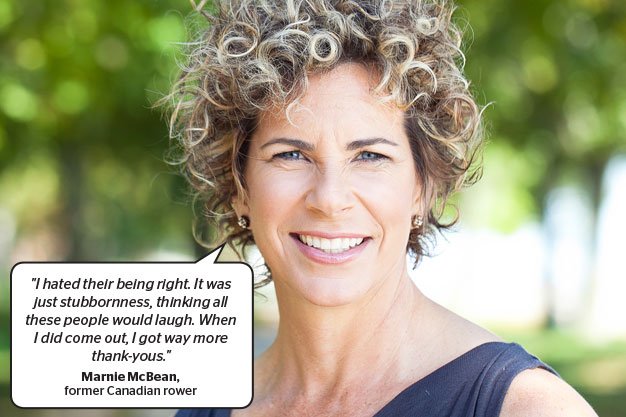 Some lofty political goals have been set for Toronto’s Pan Am Games, which open Friday (July 10).

Over at the 519 Church Street Community Centre’s PrideHouse, it’s to make these Games the most inclusive ever.

From Monday to Wednesday (July 13 to 15), the 519 will be hosting the first-ever International Sport Inclusion Summit, after which an Inclusion Playbook will be released on ways that municipal parks-and-rec departments, provincial and national sports organizations and schools can make sports more inclusive for LGBTQ athletes.

In the lead-up to the Games in December, the Canadian Olympic Committee (COC) announced that it would actively pursue greater inclusion of LGBTQ athletes in all levels of sport and promote LGBTQ human rights as a core element of the Olympic movement.

“It’s important to our athletes and coaches, so it’s important to us,” said COC CEO Chris Overholt. “This is not a space that professional leagues spend a lot of time in, but they could and they should.”

In late April, former Olympians, professional athletes, queer activists and educators met at Hart House for an all-day round table on increasing LGBTQ inclusion in sport. 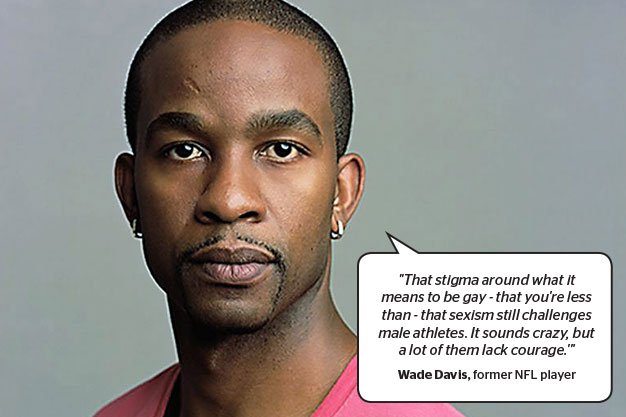 They shared stories of their struggles in the closet and with coming out, illustrating the fact that the fear of coming out or being outed has changed in subtle ways from the 70s and 80s but for some has not gone away.

Said Davis, “They all understand that when you announce your sexuality publicly, you will no longer be known as an athlete you’ll be a ‘gay athlete.’ That stigma around what it means to be gay – that you’re less than – that sexism still challenges male athletes.

“It sounds crazy, but a lot of them lack courage,” he said.

“Why do we have that fear and shame? It’s that systemic piece that causes that shame. The leadership hasn’t taken on debunking it,” said Kennedy. “What’s wrong with being called gay or bi? You should embrace it, you should be proud of it, you should step into that role to make it better for that young person who’s having trouble at school, being tormented.” 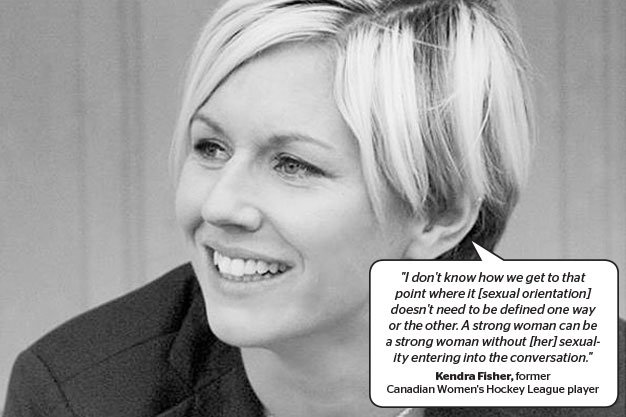 Kendra Fisher, a former player on the Canadian Women’s Hockey League’s Toronto Furies, was forced to abandon her dream of playing for the national team when she was diagnosed with mental illness.

But, she said, “I didn’t start playing hockey so I could be a mental health advocate or an advocate for LGBTQ communities. I played hockey because I love the game. In doing so, I accepted the responsibility – when I got to the point where I was fortunate enough to be playing at the level I was – of being in a position where I could then have conversations [about sexual orientation].”

Fisher said women athletes often struggle against the assumption that they are lesbians, which can both limit women’s involvement in sport and silence and shame actual lesbians.

“I don’t know how we get to that point where it [sexual orientation] doesn’t need to be defined one way or the other. A strong woman can be a strong woman without [her] sexuality entering into the conversation.”

But while Fisher reported that that assumption helped her find allies in the sport, the stereotype was isolating for rower McBean.

“I hated their being right,” McBean says. “It was just stubbornness, thinking all these people would laugh. When I did come out, I got way more thank-yous.”

Alaina Hardie, a trans woman who competes in boxing and Brazilian jiu-jitsu, said, “One of the things I’m struck by in my sport is the number of straight women who feel they need to distance themselves from me. Their attitude is like, ‘I’m strong but I’m sexy,’ or ‘I’m feminine.'”

The pressure to come out goes double for trans athletes, who must also deal with official barriers to their participation in some sports. Hardie said she hopes requirements for trans athletes to undergo genital surgery, take hormones and present medical records will gradually change, but she acknowledged that the IOC has started the conversation.

“It’s actually quite a transgressive and bold start. We now have researchers who are doing work in the area, and we have data that helps make decisions,” she said. But “I certainly don’t think it’s reasonable to require surgery, especially in places where it can cost $20,000 to $50,000.” 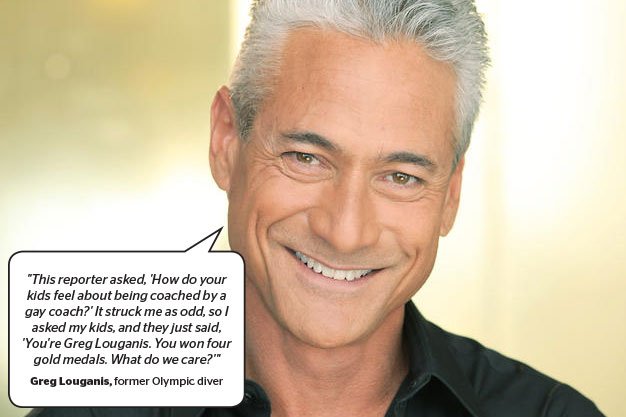 Louganis said he coaches children in diving without any problems – a far cry from the hostility aimed at him when he came out as HIV-positive in 1995.

“This reporter asked, ‘How do your kids feel about being coached by a gay coach?’ It struck me as odd, so I asked my kids, and they just said, ‘You’re Greg Louganis. You won four gold medals. What do we care?'”

Participants in the April round table also acknowledged the huge cultural power of sport to advance LGBT rights generally. In the U.S., for example, sport played a big part in forcing Indiana to change its Religious Freedom Restoration Act earlier this year, which critics said encouraged discrimination against gay people. The National Collegiate Athletic Association and other organizations and businesses threatened boycotts over the law.

Cyd Zeigler, publisher of Outsports.com, said the focus of the LGBTQ sport movement has shifted from professional ranks to amateur and high school athletes, where there’s more potential to foster change.

“There are 7.5 million athletes in U.S. high schools, and it’s in high school where you have coaches who focus less on winning and more on culture… coaches who stick around 30 or 40 years and continue the culture that was okay in 1975 but isn’t okay now. That’s where our identities come from, that shame or self-love,” said Zeigler.