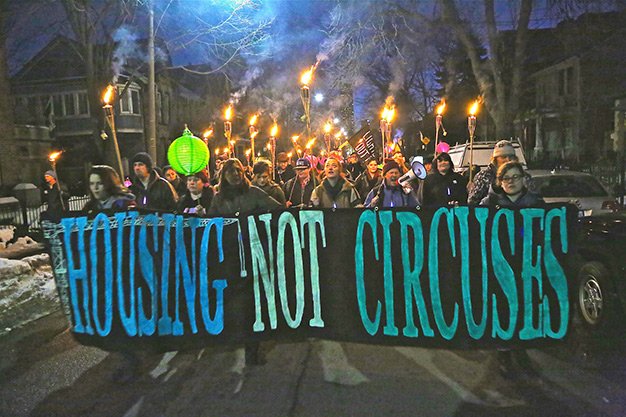 Calling for “shelters, not spectacles” and “communities, not circuses,” the Ontario Coalition Against Poverty (OCAP) held a march on Monday, March 9. About 50 demonstrators with torches, lanterns and other lights gathered at Parliament and Gerrard and illuminated a bridge over the Don Valley to protest the province’s Pan Am Games expenditures while the city deals with a crisis in shelter and affordable housing.

Here are the torchbearers in their own words:

“If you look historically at these large-scale international sporting events, they are often used as an excuse to advance gentrification. With regard to Toronto and Pan Am, you’ve got 7,000 athletes and 3,300 units of athletes’ housing, and a commitment to 10 per cent of that being affordable housing once the Games are done. OCAP has been fighting for a 24-hour women and trans drop-in space. We’ve been fighting to get the city to honour its commitment to keep shelter occupancy rates below 90 per cent, and the city hasn’t moved. It’s been able to cry poor. It’s been able to talk about other priorities. It’s so galling.”

“The scam is that the small amount of social housing we’re going to get in the former dock lands is so small compared to total expenditure [on the Games], developers are going to be the biggest winners. The city has just forgotten about the homeless population and the working poor of this neighbourhood. Where are we putting all these people who are moving out of Regent Park? For a while they didn’t even want us to swim in the new pool they wanted to charge fees. The pool was for the condo people and wasn’t for the people already living there. The city paid for it, so everyone should have use of it. The billions they spent on these Games could have gone into maintaining the pools for the children of this city. We had 23 pools that needed $1.7 million a few years ago that they would not fund.”

Brian Dubourdieu, an Armed Forces retiree who has used Toronto’s shelter services on and off for the last 20 years

“I don’t think anybody is arguing against sport or team spirit, but that’s how it will be spun. Our message is about engaging people. Sport does a lot of good things for people, but Pan Am is creating a spectacle as opposed to putting money where it actually belongs.”

“Pan Am is going to put downtown people at a disadvantage. Landlords will be kicking people out so they can rent for the Games. They want to get paid.”

“You are going to see a security operation, and there will definitely be an attempt to clear poor people and marginalized people off the street, getting rid of graffiti and turning the city into a photo op instead of a place where people live.” 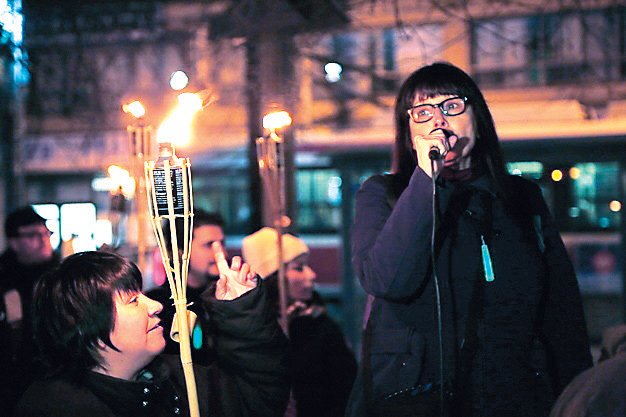 “A lot of First Nations people and people on George Street are going to be displaced because of the Pan Am Games. They might not be allowed into the neighbourhoods unless they have a card.”

“Toronto maintains a progressive veneer, [but] council is generally supportive of the agenda of urban upscale development and offers no alternative to austerity. To say nice, soothing, progressive things is all well and good, but our communities are under attack.” 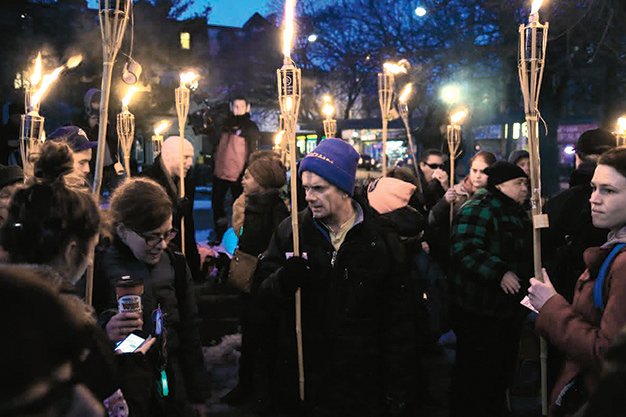 $86 million City of Toronto’s contribution, most of which is being picked up by the province and feds.