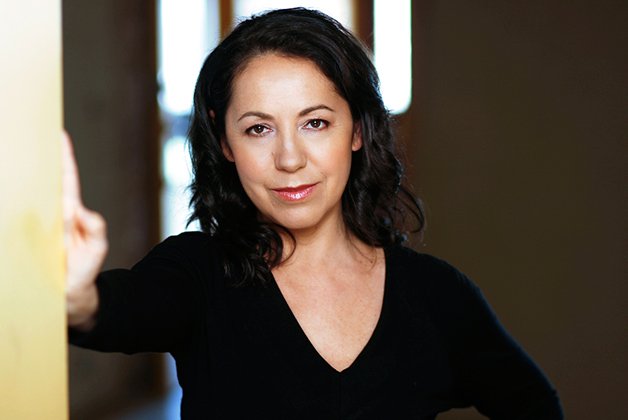 “I used to say it half-jokingly, but in this year’s Panamerican Routes Festival Canada is an important component,” says the busy Pizano, taking a brief break from her producing duties. “We are part of the Americas, and the conversation that involves Central, South and North America is a crucial one.”

New to this second festival is the involvement of Native Earth Performing Arts, along with the inclusion of stories and participants from Latin American indigenous communities.

“I was deeply impressed at a panel I saw in São Paulo where several native women stated that they had moved beyond the idea of resistance and instead were building the world they had imagined,” recalls Pizano. “That’s changed my idea of the theatre I create, and that is important to me.”

This year’s festival includes eight productions (four each from Canada and Latin America) and as many discussion topics that range from treaties with native people to femicide, and from displaced youth to corn seen in both ritual and commercial terms.

Grupo Cultural Yuyachkani from Peru brings Antigona, a solo show by Teresa Rallí based on Sophocles’ classical play. Set in Peru after 20 years of internal bloodshed, the work was developed through interviews with the families of the desaparecidos (the disappeared).

“This company has been together for 42 years. When the members started creating in a multicultural society, they knew they had to learn other languages and cultures in order to make art in their own country. Since then, they’ve been using that art to affect the truth-and-reconciliation process in Peru, investigating crimes against humanity committed during the 1980s and 90s.”

Colombia’s Mapa Teatro offers Witness To The Ruins, a multimedia documentary about the razing of El Cartucho, an old barrio in Bogotá, to create a public park. The irony of its staging in Regent Park, which has undergone its own redevelopment, isn’t lost on Pizano.

“Mapa’s piece is a kind of testimony artists are witnesses of transformation all around the world. One of our discussion sessions is on this production and the urban renewal in this neighbourhood of Toronto.”

Also on the festival bill are NK603: Action For Performer And E-Maiz, a show featuring returning performer Violeta Luna that looks at GMO corn and the corn of ancient ritual Alicuanta, a song cycle about a Mexican general mysteriously murdered in 1927 Diego Y Ulises, a love story in dance inspired by the work of filmmaker Gus Van Sant and El Refugio De Freidel (The Refuge Of Freidel), a poetic look at the forced exile and refugee experience of a Colombian actor living in Canada.

All shows are accessible in both English and Spanish, with performances in the original language and surtitles in the other.

The importance of community theatre for an immigrant audience: