Kate Beckinsale knows something about photogs, harassment and celebrity privacy 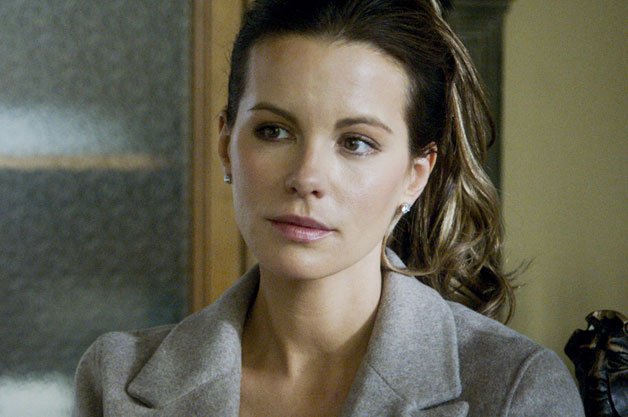 Kate Beckinsale plays an exploitative journalist in The Face Of An Angel.

THE FACE OF AN ANGEL directed by Michael Winterbottom, written by Paul Viragh from the book by Barbie Latza Nadeau, with Daniel Brühl, Kate Beckinsale and Cara Delevingne. A Soda Pictures release. 101 minutes. Opens Friday (May 24). For venues and times, see Movies.

There’s a video on YouTube where paparazzi follow Kate Beckinsale for what seems like hours as she takes her daughter Christmas shopping. The paps follow them into Barnes & Noble, catching them from various angles as they browse and shop, waiting till they exit and continuing on to the next shop.

Beckinsale actually has thick skin when it comes to this sort of stalking. It’s the paparazzi she can’t see scoping her or tailing her vehicle – sometimes 17 at a time – who give her pause about leaving the house.

“When somebody’s in a car under a blanket taking pictures, I find that difficult to cope with,” says the British actor. “Usually you’re not aware of it until it’s too late.”

Paparazzi and the media at large are a hot topic at our round table interview in the Trump Hotel during TIFF.

Beckinsale, well spoken and vibrant, is here with Daniel Brühl, Cara Delevingne and director Michael Winterbottom. Their new film, The Face Of An Angel, looks at the media frenzy surrounding the Amanda Knox trial, where journalism became sensationalism and a suspected murderer became a tabloid star. (See our review.) Coverage of the trial blurred the line between reporters, gossip writers and paps.

Beckinsale, who plays a reporter in the film, is helping us entertainment journalists figure out where we fit in.

Fuelling the discussion is the celebrity photo hack that occurred just a week before this interview, when Jennifer Lawrence was among many female celebs whose iCloud accounts were invaded and private nude photos made public.

Beckinsale was safe from the attack since she’s never been very tech-savvy. She doesn’t use iCloud, or social media for that matter.

“I like record players and wheels,” she jokes. Nevertheless, the nude leaks got her fuming.

“I was astonished by how much public opinion was ‘Well, if you don’t want it going out there you shouldn’t take it in the first place,'” Beckinsale says. “That’s fucking ridiculous. That’s like saying, ‘Don’t buy a nice car, then, because someone’s going to steal it.’ Where does it stop? You should be able to be absolutely depraved and totally expressive in the privacy of your home.”

The leaks were perpetrated by hackers, then circulated by social media and other blogs. Mainstream media played right into the culprits’ ploy with their coverage, wagging a finger on the one hand but pointing readers toward the photos with the other.

“They laid a bread crumb trail,” says Beckinsale. “That’s the other thing that was really disgusting about it. It’s one of those things that can happen when some people decide they need to remind women to feel weak, vulnerable and damaged.”

Beckinsale reminds us what it’s like to have your private behaviour exposed, from picking your nose to “taking a picture of your ass.”