Paranormal Activity: The Marked Ones 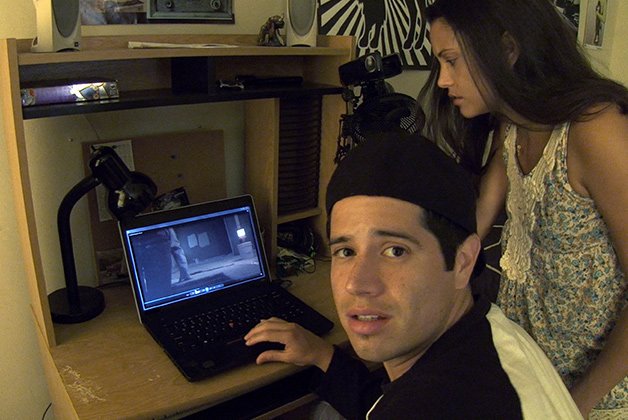 Paranormal Activity: The Marked Ones is better than the last film in the found-footage franchise, but it’s still not very memorable – or particularly scary.

At least the setting’s different. Instead of the huge, sprawling suburban homes of the first few flicks, the action takes place in and around a crowded apartment building in an L.A. barrio. Strange noises are emanating from beneath teenager Jesse’s (Andrew Jacobs) apartment, and soon he, his sister Marisol (Gabrielle Walsh) and his camcorder-wielding friend Hector (Jorge Diaz) investigate their creepy neighbour’s pad, leading to lots of running up and down stairs and opening doors that should definitely stay shut.

The aesthetic feels more like The Blair Witch Project than any of the previous Paranormal films, with a shaky-cam approach that might make your stomach churn. But director/writer Christopher Landon makes good use of humour to cut the tension. An electronic Simon game (Simon says?) stands in for a Ouija board, and a gang subplot pays off in explosive ways. The acting, too, is decent, with Jacobs’s transformation particularly convincing.

But style and plot points seem lifted from far better films – including Chronicle – and the ending provides fewer answers than questions. It does make me look forward to the next instalment, however.