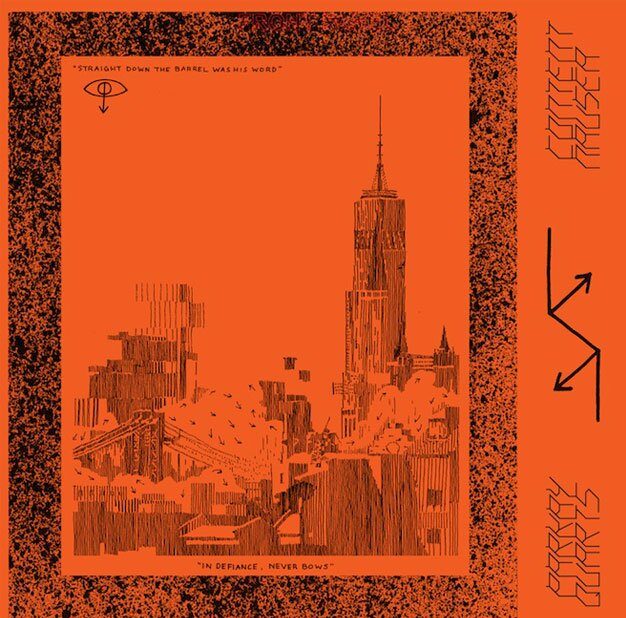 It’s already been a big year for Brooklyn’s Parquet Courts. The brash post-punk foursome released their excellent third album, Sunbathing Animal, and joined up with psych band PC Worship to form PCPC, who went on to open a string of Thurston Moore dates. To finish off the year, college buddies turned co-vocalists/guitarists Andrew Savage and Austin Brown have a new band to add to their swelling list of side projects: Parkay Quarts.

It’s not quite an alter ego for their main gig, but Parkay Quarts sound decidedly scrappier and more easygoing, partially thanks to a vintage four-track and an expedited recording process. And Content Nausea gets its freewheelin’ spirit from loose experimentation: the album dips its toe in ambling garage rock, and there are spoken word rants about anxiety and media overload, plus a cover of These Boots Are Made For Walkin’ that possesses the same swagger as Nancy Sinatra’s, but with deadpan delivery. Altogether, it offers a glimpse of what Parquet Courts could turn into. The future looks promising.