Parkdale bar Not My Dog closes

The west-end live music venue hosted acts such as Quique Escamilla, the DoneFors and Freeman Dre and the Kitchen Party 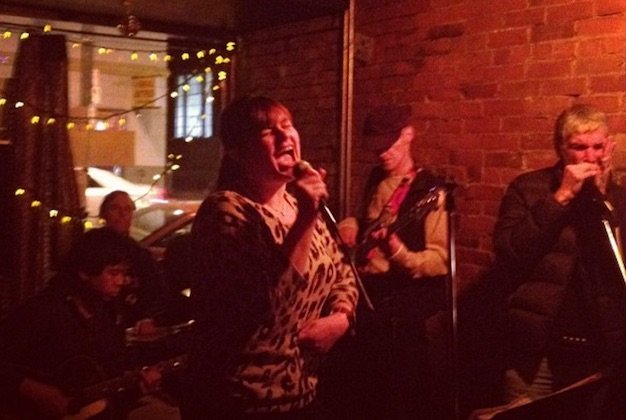 Parkdale bar and live music venue Not My Dog has closed after more than a decade.

Named after a classic line from the 1976 Peter Sellers film The Pink Panther Strikes Again, the spot at 1510 Queen West was a fixture for indie and open mic acts in the west end. Many of the regulars went on to form bands after playing Not My Dog’s open mic nights, including Freeman Dre and the Kitchen Party and the Sheldon Holder band.

Co-owners Nicole Dowzansky and Eric Brown took over the bar from founders Russell Fernandez and Tania Jivraj in 2009. Brown also owned the building and recently sold it, but the new owner has decided to move a new business into the space.

“Part of the contract when we took it over was that we would keep live music, local art and local beer,” Dowzansky tells NOW, adding that she worked to create a familial vibe where everyone knew each other. “It was a community centre with a liquor license – a living room for a neighbourhood.”

Other acts who have played Not My Dog include Juno winner Quique Escamilla, The DoneFors, We Are French, The Tailbreakers, Blues & Troubles (pictured) and Fernandez’s band The Mercy Now. Big-name locals such as Ron Sexsmith and Serena Ryder have also been known to spontaneously hop on stage over the years.

The bar hosted a series of farewell parties last week featuring bands such as The Mercy Now, Freeman Dre and the Sheldon Holder band.

Dowzansky, who describes herself as the “bartender, booker, manager and janitor,” calls the closing bittersweet. It is the end of an era, but she plans to open a similar spot in the area in the near future.

“We would not have survived without our regulars,” she says. “Parkdalians are very stubborn and loyal to their neighbourhood. For most of us, crossing the Dufferin bridge is a pretty big deal.”