Thanks to a combination of Pride, Canada Day and summer weather, this is easily one of the biggest party weeks of the year. We've rounded up the best of them to make it easier to find your place on the dance floor. 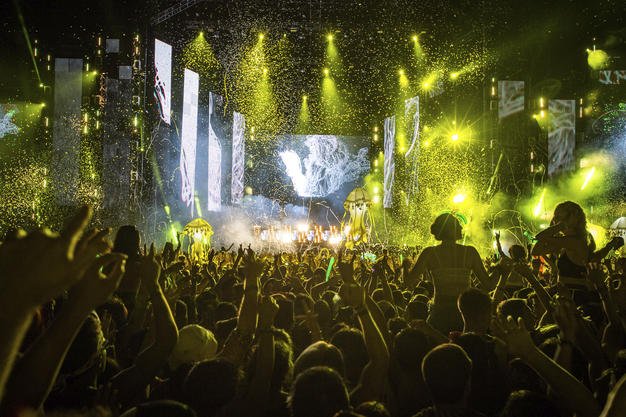 The annual Green Space parties have grown in the last seven years to become one of Pride’s highlights. This year they’ve got a great roster of DJs, including Sandy Rivera, DJ Heather, Colette, Horse Meat Disco, Kerri Chandler, David Morales, Hector Romero and others.

The eclectic pansexual Los Angeles party returns to Pride, bringing along house music pioneer Robert Owens, the Black Madonna, Little Boots, Honey Soundsystem and others for a glamorous night of decadence and debauchery.

Big Primpin’ and Fit have joined forces again for Pride, this time taking over Harbourfront Centre for two rooms of hip-hop, R&B and house. Brooklyn MC Jay Boogie headlines, although this party would still be packed even if it were just the local resident DJs playing.

The Black Eagle is mostly known as a leather bar, but lately it’s been getting more attention for its music bookings as well. Friday brings in Dutch trio Kraak & Smaak for a sweaty night of funk, disco and house.

The popular west-end queer party is always extra-crazy at Pride, and this one should be no exception. The costume theme is “open barn” (interpret that as broadly as you want), with NYC’s Avan Lava performing live alongside resident DJs Produzentin, Das Hussy and Jeremy Glenn.

Two days of big-room EDM beats from the biggest stars in the business, and enough lasers to blow up the moon. See Pete Tong sidebar.

After a year of being closed for renovations, anticipation is high for the reopening of Sunnyside Pavilion. UK deep house DJ/producer Jimpster supplies the sunset soundtrack for the first big party of the season inside the picturesque walled garden.

The Electric Island series keeps getting bigger and bigger, and the lineup is stacked for the Canada Day edition, including Sasha, Dennis Ferrer, Lee Foss and Marcel Dettman.