Graff artist takes his work indoors for show at the Huntclub 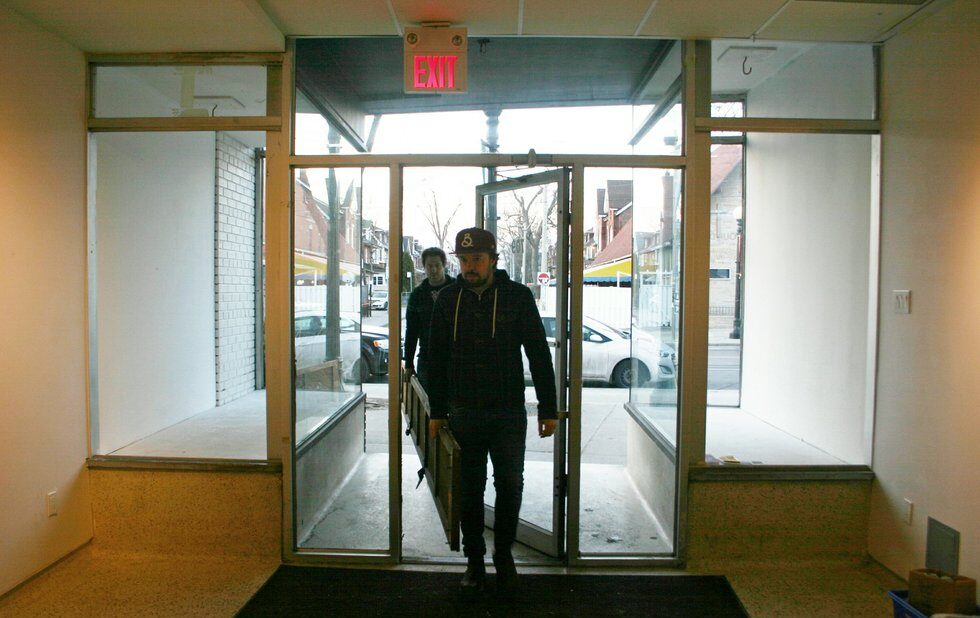 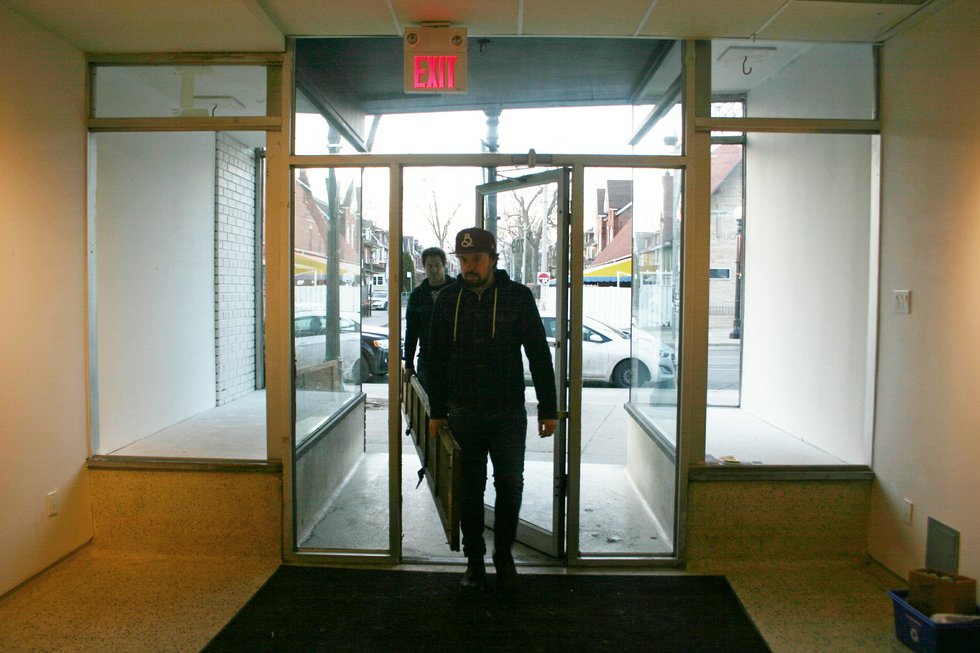 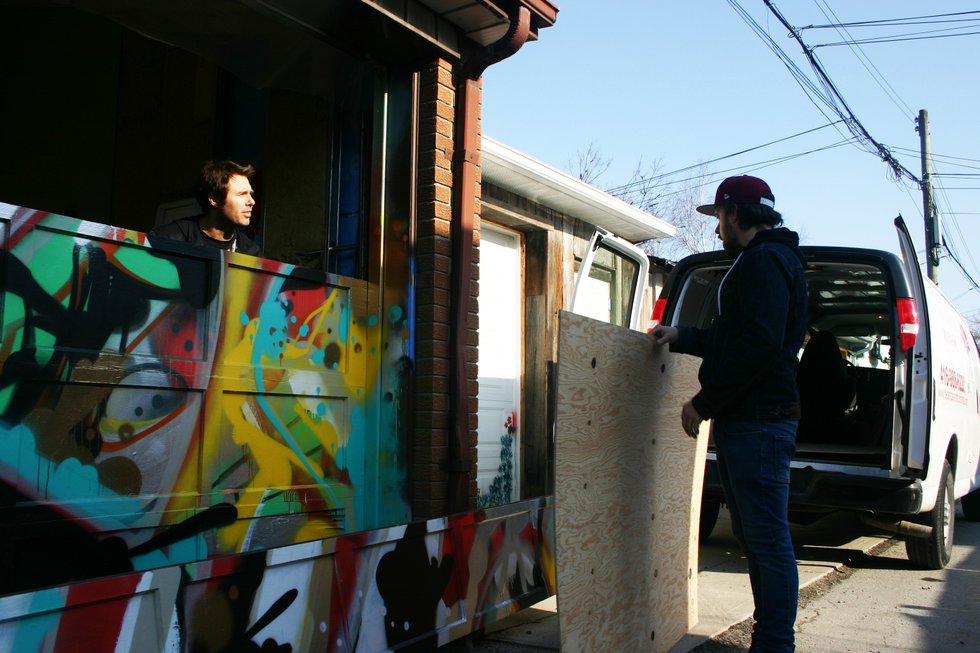 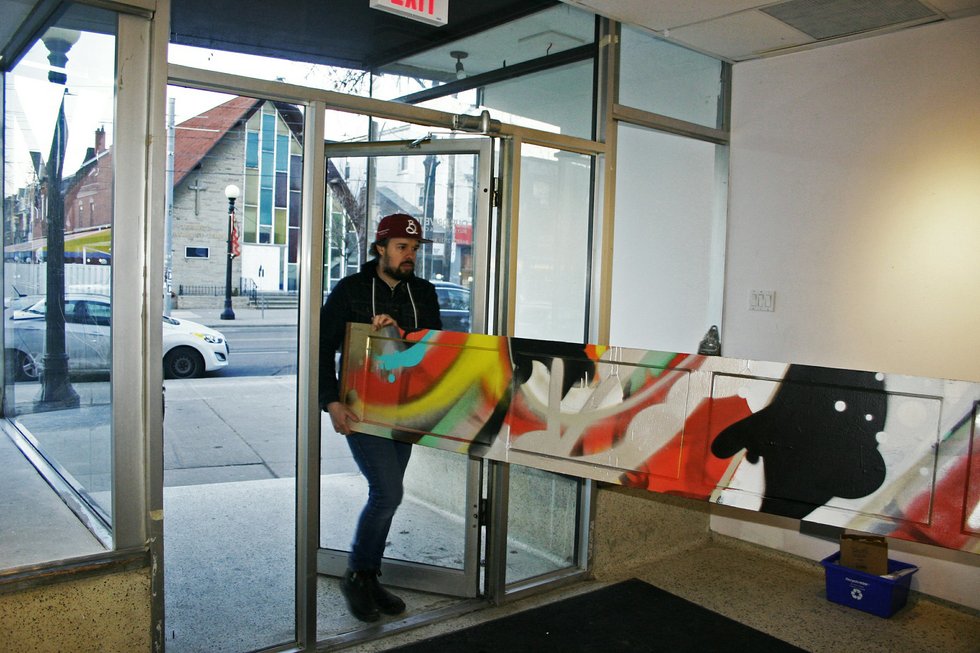 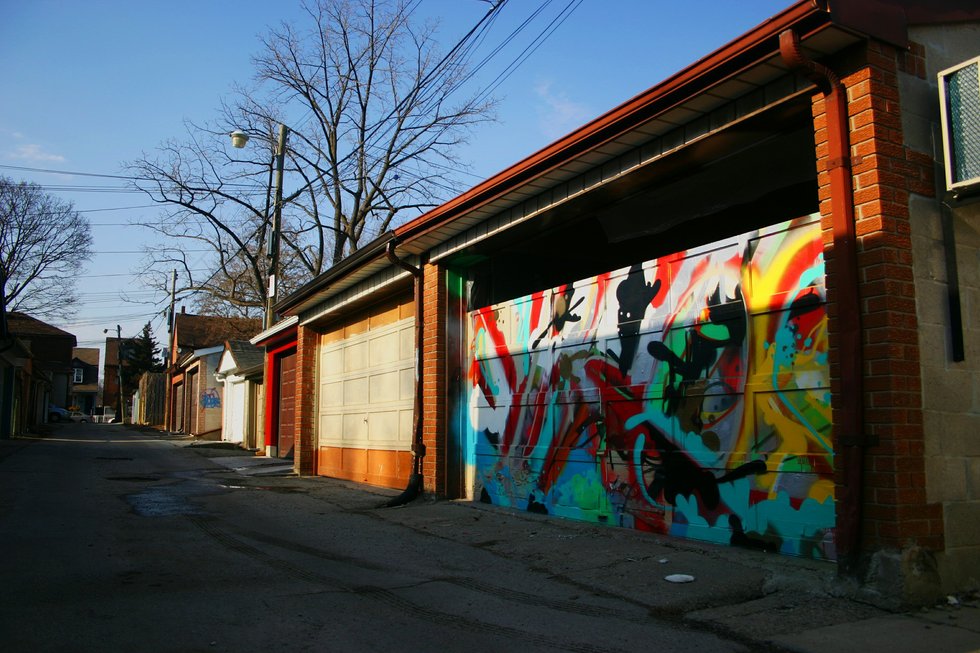 Pascal Paquette’s graff has been everywhere from Toronto’s dingiest alleys to the walls of the city’s biggest galleries, including the AGO and MOCCA.

His latest street art, including a garage door, was moved indoors for Garage Days, a show that runs until April 14 at the Huntclub Studio (709 College). The opening reception was Friday (April 4).

While Paquette feels at home in both the gallery and the street, he’s ambivalent about the growing movement of graffiti art indoors.

“A true piece of street art hanging in the gallery is totally taken out of context,” he laments. “At the same time, I want to legitimize graffiti and street art, so showing it in a gallery is a great way to do this.”

More traditional visual art forms and graffiti art differ widely in the way they are presented to the public.

“With gallery work, it shows for about a month, or maybe it’s in someone’s personal collection that only 20 people see over the course of the year,” Paquette says. “Graffiti is about putting up work that everyone can see at all times of the day. It’s very important that people have access to what I do.”

But despite the difference between the two art worlds, Paquette says they are separated too often. “Art is art. I try to paint with my subconscious and not with my head.”

He fuses the two worlds in his work, which combines graffiti writing styles with abstract expressionism, which is at the centre of a new school of graffiti, he says.

“You start with a letter based word, and then go on an adventure. I try to add explosions with a lot of liquid flying off and drips.” Paquette cites Morris Louis and Mark Rothko as influences in the same breath as graffiti influences Sofles, MadC, and Smash137.

Moving fluidly between the graffiti and gallery art scenes, Paquette is a Toronto artist to watch for.