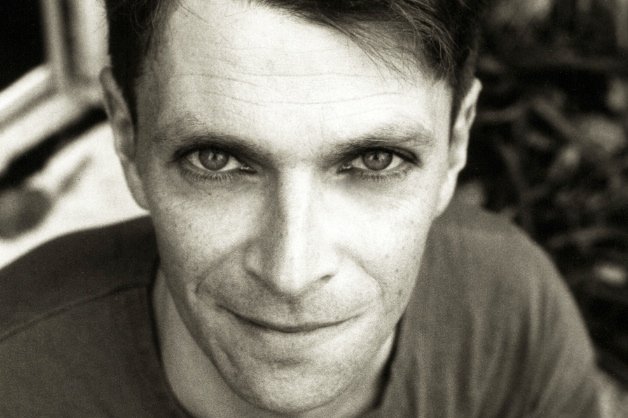 I won’t forget theatre artist Patrick Conner’s bright smile and eyes that blazed with intelligence. That warmth & astuteness fed his work, contributing to its success.

A fascinating actor and later a talented director, he came to Toronto after establishing himself as a theatre artist in Kingston. He studied – and later directed – at George Brown, but I first saw him in productions at Buddies in Bad Times, where he established himself as a performer I’d always be happy to watch.

He was a standout in Rhubarb shows and other productions, among them Sky Gilbert’s Rope Enough and Ten Ruminations On An Elegy Attributed To William Shakespeare Patrick was part of the company for the latter show, directed by Franco Boni, both in Toronto and its tour to England.

At Buddies Patrick continued his association with director Sarah Garton Stanley, who followed Gilbert as the company’s artistic director Patrick and Sarah met in Kingston at the Baby Grand Theatre. Along with Minda Johnson and Troy Hansen, the two founded one of the seminal indie companies of the 90s, Die In Debt. The troupe’s legacy included three exciting, literally outside-the-box productions, two of them performed as site-specific productions probably before that term was much used.

The first was a version of Romeo And Juliet, staged under the Bathurst Street Bridge Patrick played the nurse. It was followed by Ned Dickens’ adaptation of Oedipus not many people were used to sitting outdoors under the Gardiner Expressway to watch a classical story, with cars zooming overhead. (It was later expanded and became part of Dickens’ epic City Of Wine.)

The third was Megatropolis, a staging of Fritz Lang’s silent film Metropolis co-produced with Platform 9 and designed in white, gray, black and pale tones to echo the B&W movie. Patrick was the mad scientist it wasn’t just the flyaway hair that made him such a compelling character, for his performance – here and in other theatre work – was so specific, so intriguing, that you couldn’t help but watch him whenever he was onstage.

Patrick’s acting was so focused, so filled with nuance, that a number of companies benefitted from having him in their productions. These included Threshold Theatre (As I Lay Dying, Howl), VideoCabaret (several episodes in the History Of The Village Of The Small Huts, City For Sale), Platform 9 (Tunnel), various editions of Cheap Queers, Theatre By The Bay (A Midsummer Night’s Dream, Romeo And Juliet) and Theatre Rusticle (Dinner At Seven-Thirty, And One Night It Snowed, Wish, The Stronger Variations, April 14, 1912).

Then Patrick moved into directing and, given his skill and creativity, understandably won the Ken McDougall Award for promising director in 2001. The next year he received a Dora nomination for directing Poochwater. Among his other credits were Lemon Water, Looped and Flight 198. Some of his best directing work, I think, was in a pair of Halloween-timed evenings of ghost stories staged at Spadina House, Haunted Masters and, the following year, More Haunted Masters.

He later branched into film directing, co-directing Trailing Arbutus with writer Hope Thompson he also collaborated with her on She Walks The Line.

His last directing job was one of the many SummerWorks projects he was involved in over the years: the 2010 production of Edwige Jean-Pierre’s solo show Even Darkness Is Made Of Light.

In recent years, Pat worked at the Big Carrot in a number of jobs, including human- relations coordinator. He sat on the Carrot’s board and chaired the store’s non-GMO committee, in that latter capacity travelling around North America for meetings and campaigning for non-GMO food.

He was as passionate about that, I know, as he was about the performing arts. It’s not just the theatre community that will miss Patrick’s warmth, imagination and incisive, articulate presence.

A public memorial will be held in the New Year.