Comics/magicians helped shed light on the magic behind Vermeer's paintings 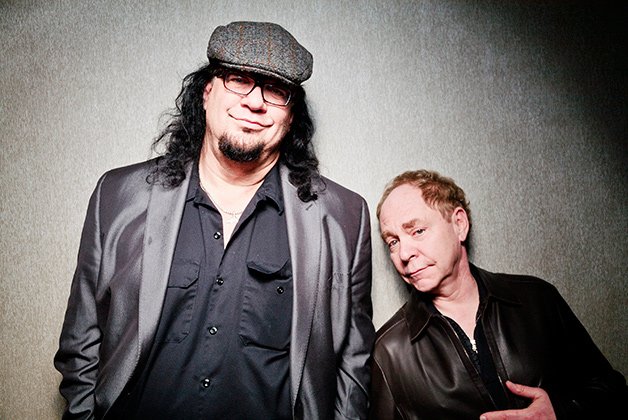 Penn Jillette, of Penn & Teller fame, is anticipating a real controversy in the art community over his new documentary, Tim’s Vermeer. He emphasizes the word “real,” as opposed to a fake controversy, which he defines as “some starlet showing her tit and backing her ass up into a guy.”

Stirring up controversy is pretty old hat for Penn & Teller, the Vegas comics/magicians known for exposing basic trade secrets before upping the ante with feats that continue to amaze.

Penn, a hulking figure who can make a couch look like a stool, is sitting alongside his meek, (mostly) silent partner, Teller, in a Toronto hotel. They are promoting Tim’s Vermeer, which Teller directed, during the Toronto International Film Festival. The film follows Penn’s good friend Tim Jenison, a 3D imaging software designer who may have cracked the secret to Johannes Vermeer’s paintings.

“I had this epiphany,” Jenison recalls when I spoke to him just moments before. “There was a way that artists 350 years ago could trace not only the shapes but the colours in the scene before them. If they could do that, they were basically making a handmade photograph.”

Jenison’s inflammatory hypothesis: Vermeer inventively used 17th century technology (mirrors and lenses) to reproduce lifelike details and light, making him an early photographer. To prove his theory, Jenison set out to recreate a Vermeer painting by hand, using the exact conditions available to the artist. That meant constructing replicas of Vermeer’s tools and studio.

Jenison hoped his efforts would lead to a paper or a YouTube video. Penn thought that was a “stupid” idea, so he immediately flew to Los Angeles to begin a documentary.

“It’s a combination of real intellectual aesthetic information coupled with a stunt,” says Penn, describing why Jenison’s hobby had the makings of a Penn & Teller movie. “I also thought how much worse it would be if we documented after the fact. When someone does something miraculous, you usually go back and tell the story in flashbacks and interviews, with little pieces of archival footage. I like the fact that [Tim] does something momentous and the audience is with him the whole time.”

Even Teller, who mostly sticks to the same sleepy expressions we know him for, can’t contain his excitement when discussing the parameters of Jenison’s project, which used state-of-the-art technology to recreate the past.

“Something I was really conscious of the entire time was this sense of time travel,” says Teller. “He’s building a room from several hundred years ago in a warehouse in San Antonio. When he wants to research paint, he goes to Delft and comes back to San Antonio. When he’s designing the 17th century windows, he uses his own high-tech Lightwave 3D program.”

The duo expects art historians to be less enthusiastic over Jenison’s findings that Vermeer used technology. Penn, no stranger to hostility and controversy, predicts “a raging shit-storm.” That might explain why he had a hard time pitching the film to financiers before deciding to put up his own money.

“We spent a few months pitching it to BBC and Discovery,” says Penn, who recalls that whatever interest he got came with all sorts of caveats. “Because of who we are, some people thought I was bullshitting, like I was just trying to run a Borat-type scam on them. Others thought there was something else insidious in place. And others just thought, ‘You’re asking people to watch paint dry.'”

Tim Jenison on how Penn got the doc started:

Penn on how Tim Jenison is living the American Dream:

Penn on the “raging shit storm” Tim Jenison should expect: