NOW MagazineNewsPeople we hope to never have to think about again

People we hope to never have to think about again 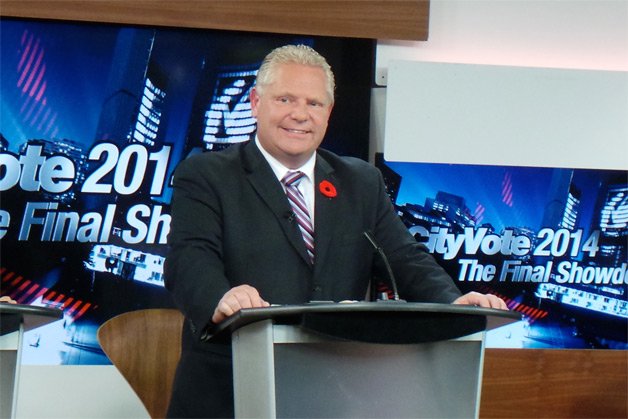 Goodness knows the coming year will bring its share of larger-than-life clowns who’ll occupy disproportionate space in our civic imagination.

But in the meantime, we can celebrate the fact that there are those we can leave behind in 2014:

• Warren Kinsella — We have to be careful what we write here, lest he blast off an emailed legal threat, forcing us to spend even more time thinking about him. So let’s just say that the man responsible for one of 2014’s most needless gaffes and remarkable bridge-burnings has finally ascended to a plane beyond the drudgery of us mere mortals, where he and partner Lisa Kirbie can live happily ever after without any bothersome contact from the outside world. A former political hotshot gradually overshadowed by his own self-regard, he’s like a vision of Nick Kouvalis in 15 years’ time.

• Doug Ford — Did you know that Doug Ford attended a Leafs-vs.-Panthers game in Sunrise, Florida, on December 28? No, you didn’t, because there is absolutely no need to know this! None! Whatsoever! While former mayor Rob Ford may still be a city councillor worthy of scrutiny, brother Doug has relinquished every pretense of relevance he may ever have had. We can choose not to pay attention when he says or does things, and not only will it be a healthy choice, it will be the responsible one. Yes, he’s still the subject of a pretty serious Municipal Conflict Of Interest Act application, but (not counting an anticipated dismissal motion) that won’t be heard until year’s end. Unless he pokes his head up during the PC leadership race in the meantime, we get 11 beautiful Doug-Ford-free months.

• Sarah Thomson — Finally leaving atop the horse she rode in on, any earnest desire to make the city a better place long ago gave way to personal ambition, overlaid with a peculiar blend of kookiness, desperation, and anger. After spending the summer lashing out at the frontrunners for “excluding” her from mayoral debates despite being a “top 5” candidate (according to her own bullshit polling), Thomson predictably bailed on the race to run for a Council seat instead. She wound up a distant third in ward 20, behind Joe Cressy and Terri Chu. Other than as the subject of a possible compliance audit application, we don’t expect to hear from her for a while.

• Tim Hudak — Even if he had done nothing else last year, Hudak’s creepy-patronizing appropriation of Let It Go would have been sufficient cause to repress our memories of him. The former leader of the Progressive Conservative Party of Ontario may still be a sitting member of the legislature, but his current relevance is such that we had to double-check that fact.

• Sam “@TrusteeSam” Sotiropoulos — Is there anything more pathetic than a former school trustee who stubbornly refuses to give up the title in his Twitter handle? No, there is not. Handily defeated in October’s election after his erstwhile union backers realized they’d made a horrible mistake, he initially hinted he’d switch his Twitter name before deciding, no, it’s now the title of the TDSB “tell-all” he’s hoping to get out this summer. No one other than education reporters and defamation lawyers are likely to read it in full, though he may get a round of talk-radio appearances from its release. A troll both online and IRL, Sotiropoulos feeds on attention, and his inclusion in this post may well be the highlight of his week.

The space in our minds formerly occupied by the above will now be taken up with puppies.