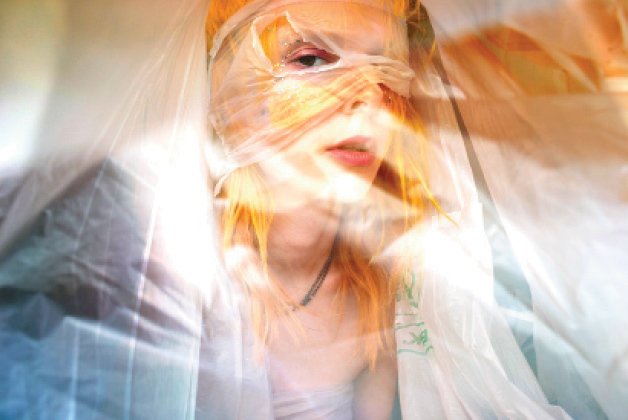 If you know Alexandra Mackenzie primarily as the drummer in noisy garage punk bands like Dentata and Machetes, hearing her sing as her solo project, Petra Glynt, is a major shock.

Despite her small frame and reserved demeanour, a huge, intimidating howl comes out when she opens her mouth to sing. Few suspected a powerful, opera-trained voice was hiding behind the drum kit.

“I sang a lot when I was young, so when I moved to Toronto I wanted to do something else,” explains Mackenzie over afternoon pints. “I was singing opera as a teenager and wasn’t playing in bands. I wasn’t even going to shows and didn’t know about that DIY subculture.”

Once here, she dove head-first into that world, and even performed on a UK tour with Machetes before that band imploded. However, as many independent musicians discover, balancing the demands of playing music against your other interests and obligations is a challenge.

“I’d stopped playing in bands because I wanted to focus on my visual art. Being in a band takes a lot of commitment, and you have to organize a lot of people,” she says.

“But I’m so drawn to making music, I couldn’t not. Starting a solo project meant that it could be on my own terms, that I could work around my art life a bit more.”

Working with looping pedals, samples, percussion and that imposing voice, Mackenzie’s found a way of combining her childhood passion for operatic singing and the raw energy of punk drumming into a swirling psychedelic soup. Last summer’s EP Of This Land (Healing Powers) gave fans a taste of how her live sound could translate to the studio, but expect her upcoming full-length to greatly expand that vision.

“My EP was my first time composing anything of my own, so I’m still very much growing and figuring all this out.”