Phantogram at the Mod Club

Professional, poised duo could use a mega-hit 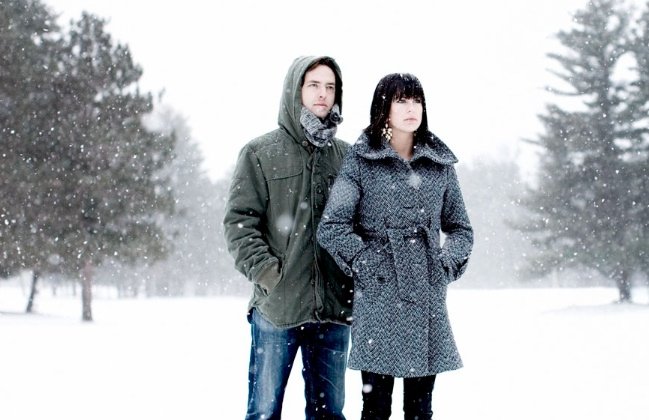 A lot has happened in Phantogram’s world since their last Toronto gig. After releasing their debut album on indie label Barsuk in 2009, duo Josh Carter and Sarah Barthel signed to a major, released the follow-up, Voices, and are now touring as a four-piece, playing late-night talk shows and collaborating with Big Boi on an EP.

The New York group also brings along a lighting guy to emphasize every emotive chord change during their highly polished live show. Their music funnels an array of 90s influences – the tumbling rhythms of Bristol trip-hop, quirky samples and droning Radiohead riffs – into a triumphant pop sound. While their recordings can sometimes feel cluttered, on stage each element sounded pristine.

Though technically impressive, neither Barthel nor Carter are particularly distinctive singers and they relied on effects and reverb to give their arena-sized melodies more nuance and emotional resonance. Of the two, Barthel is the natural front person. Her bob cut a dramatic silhouette as she belted out crowd pleasers such as Don’t Move and Mouthful Of Diamonds. But despite the professionalism and poise, Phantogram lack that one big song to really take their set over the top.