Noise musician gets confrontational and vulnerable at basement show 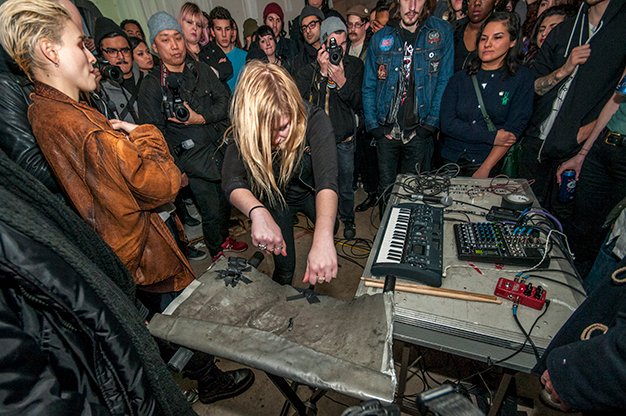 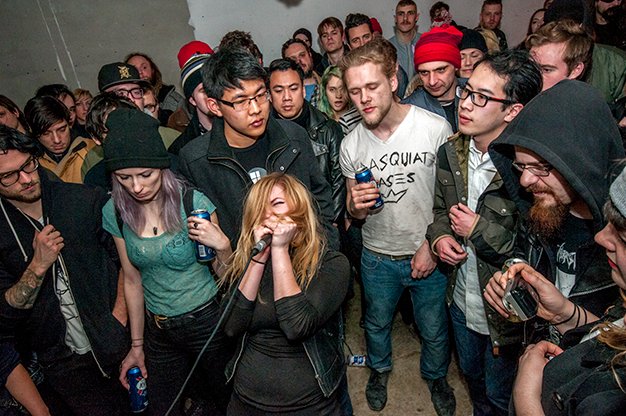 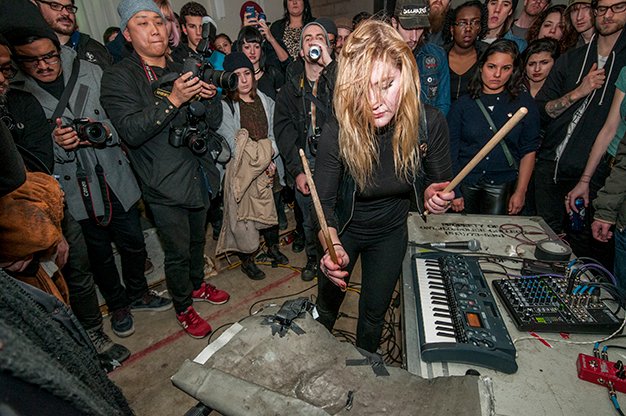 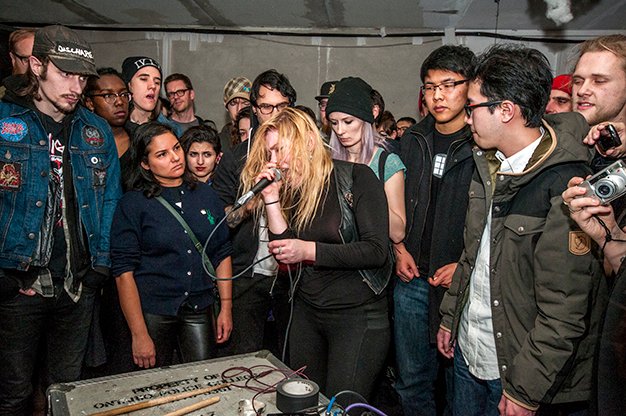 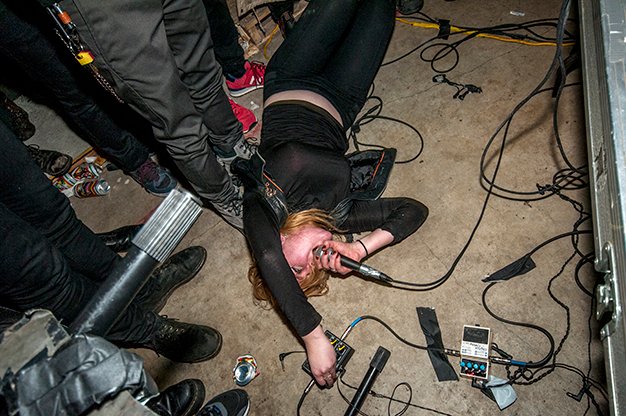 Before her set started, New York City industrial noise musician Margaret Chardiet, who goes by Pharmakon, had trouble getting her table of pedals and noise machines working. She reacted by chucking cables and smaller pieces of equipment over the heads of the waiting crowd and into the farthest, dirtiest corners of basement DIY venue S.H.I.B.G.B’s.

The aggression continued once the power kicked in. Deep, sinister, industrial sound waves droned from the beginning to the end of Chardiet’s short set, accentuated by high, piercing blasts of feedback, thunderous, guttural crunch and what sounded like a fleet of planes dive-bombing. Her vocals sounded evil – thick with distortion, echo and who knows what else.

Chardiet held a mic in one hand while twisting knobs with the other, increasing the intensity of the performance through physicality: facing the audience that surrounded her and marching through them heaving herself toward the onlookers while holding a machine against her chest pushing herself backward against strangers while screaming out her soul.

With no clear beat to move to, it took some time for the crowd to let go, too. But as she gave more and more of herself, bodies began knocking together until some semblance of a mosh pit had formed and Chardiet was on her back on the floor, writhing and wailing. It was like witnessing an exorcism. Tortured. Cathartic. Precisely controlled. Powerful stuff.