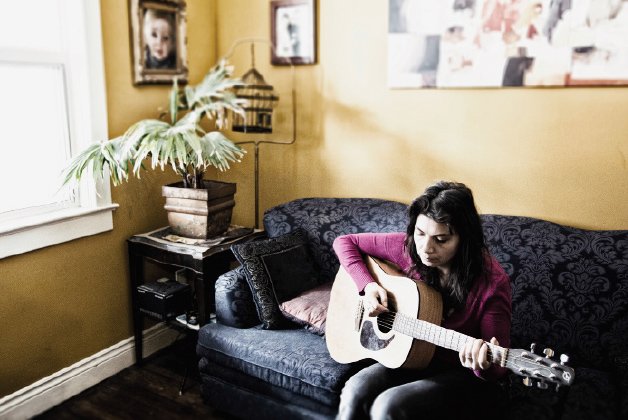 It’s pretty clear that the dissonant experimental folk music that Liz Hysen makes as Picastro isn’t meant for a mainstream pop audience. However, because the 15-year-old project once featured Owen Pallett, Hysen’s recordings sometimes attract listeners who were expecting something much more traditionally melodic.

For example, the NME writer who described Picastro’s new album, You (Static Clang), as “if Sonic Youth had ever been thrust a selection of instruments belonging to a beleaguered secondary school orchestra.”

That description could have been a compliment had it not been attached to a 3/10 review.

“Picastro is pop music, but not, and people don’t always know what to do with it,” Hysen cheerfully admits. “I’m okay with that, though. I’m not delusional, so I know this isn’t for everyone.”

She wasn’t always so secure about her musical idiosyncrasies.

“I didn’t really know if it was good or not in the beginning, but other people encouraged me to keep doing it. Now I feel like whatever my vision is, it’s finally culminating and becoming this definite thing. I’m more confident now, and I know I can write a good, catchy song, and that it’s okay if it’s not what other people want a pop song to be.”

On You, Hysen called on a wide spectrum of collaborators to expand the core lineup, including Tony Dekker (from Great Lake Swimmers) and Alex Lukashevsky (of Deep Dark United). She’d become captivated by the idea of using male voices to recontextualize the material.

“I actually wanted to take my voice out of it altogether, which was controversial in the band. I just wanted to see what it would sound like,” she says.

But Hysen’s fragile, quivering vocals are a huge part of Picastro’s sound fortunately, her bandmates talked her out of it.

“I don’t think I’m a particularly good singer, so I figured it wouldn’t matter, and I just wanted to experiment. Maybe next time.”