Pigs in the kitchen? 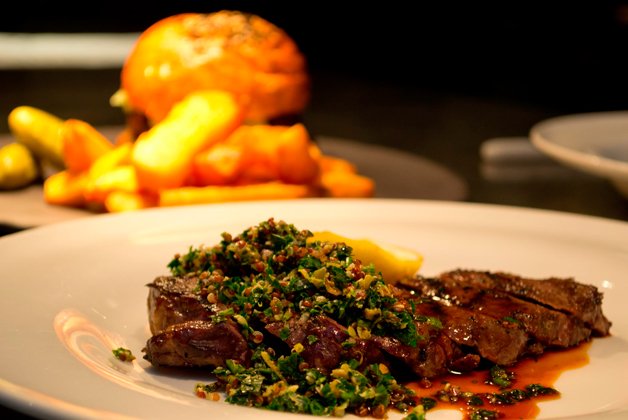 A former Weslodge pastry chef has come forward with appalling accusations of sexual harassment and assault against three of her former bosses – allegations that have spotlighted a rarely seen side of the restaurant world.

A Toronto Star story on June 13 reported that Kate Burnham, 24, has complained to the Ontario Human Rights Tribunal about persistent harassment at the King West eatery. Her application seeks $225,000 in damages, formal apologies from her alleged harassers and mandatory anti-sexual-harassment training for Weslodge staff.

Here’s a small sampling from the statement: Chef du cuisine Kanida Chey, now at Branca, allegedly licked Burnham’s face, grabbed her breasts and crotch, showed her photos of his genitalia on his phone, and once took her hand and held it over his penis.

Night sous chef Colin Mercer, according to the statement, asked her if she shaved “down there” and once smacked her buttocks with a metal spatula “so hard she could not sit down.”

Day sous chef Dan Lidbury, the statement alleges, sprayed her face with an aerosol can of hollandaise sauce and made “facial” jokes, grabbed her breasts and once ripped her shirt open in front of co-workers. The final straw: Burnham alleges that one day Lidbury “unclasped her bra” from behind in the unisex office change room.

As a restaurant owner whose been in the industry for over 20yrs, I’m still appalled by the Kate Burnham story #KitchenBitches

When she complained to higher-ups, Burnham says, no action was taken. Former Weslodge chef Sophie Han has corroborated her tribunal application in a witness statement, saying that she herself was forced to deal with her managers’ harassment by threatening them with a knife if they came any closer.

In the days since the Star outlined Burnham’s accusations, calls for a boycott of Weslodge and INK/ICON’s other properties have mounted.

In response to the statement, the companies have said they “are committed to providing a safe work environment in which all individuals are treated with respect and dignity” and that they “do not tolerate any form of workplace harassment,” but refused to comment further as the case is currently before the tribunal.

I’ve interviewed so many female chefs over the years who were too afraid to even discuss harassment in restaurant kitchens. #kitchenbitches

Burnham’s story has become a lightning rod for discussion of sexual harassment in restaurant kitchens. Taking up the banner is outspoken Black Hoof restaurateur Jennifer Agg, who is calling for greater awareness, challenging the huge swaths of the food community who have remained silent on the problem, and shooting down victim-blaming comments about Burnham’s story. (Thanks to Torontoist beer columnist Robin LeBlanc, you can read those here in handy bingo card form!)

Agg’s tweets soon snowballed into plans for a panel discussion cheekily titled Kitchen Bitches: Smashing The Patriarchy One Plate At A Time. The event, set to feature restaurateur Hugh Acheson, is scheduled for September 3 at Revival. Tickets go on sale as early as next week, and Agg intends to donate the proceeds toward covering Burnham’s legal costs.

She’s still looking for other panelists – including “a brave male line cook who’s witnessed this culture of harassment but has kept quiet for fear of reprisal or lack of advancement.”