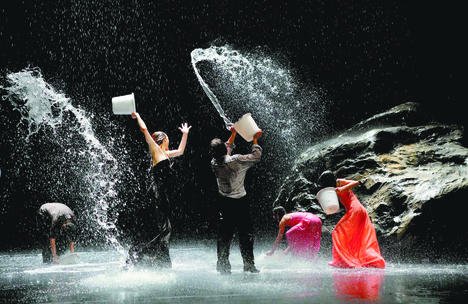 Pina Bauschs dancers will drench you with emotion.

Wim Wenders’s magnificent homage to dance great Pina Bausch doesn’t reveal a lot about the woman – she died right before shooting was set to begin – but it does capture the essence of her art through excerpts from suggestive, richly dramatic works like The Rite Of Spring and Café Müller.

Wenders uses 3-D technology effectively, allowing the viewer to practically feel the heat emanating from the dancers’ bodies and get up close to complex configurations that defy description. The range of settings includes traditional stages as well as parks and rivers outside Bausch’s Tanztheater Wuppertal.

The performers, interviewed in unconventional ways – we see them, but hear them on a separate track – recall Bausch with affection and intelligence. Of course, they communicate best through dance.