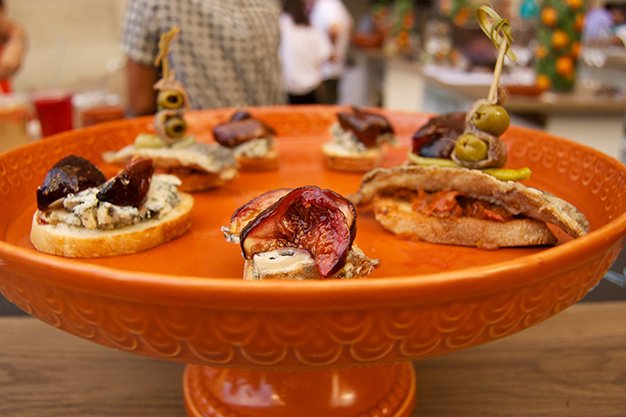 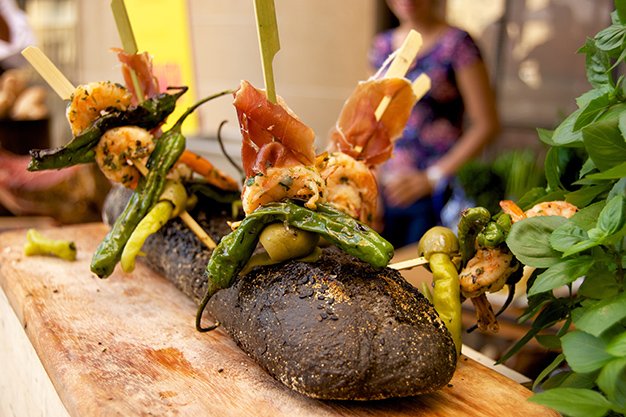 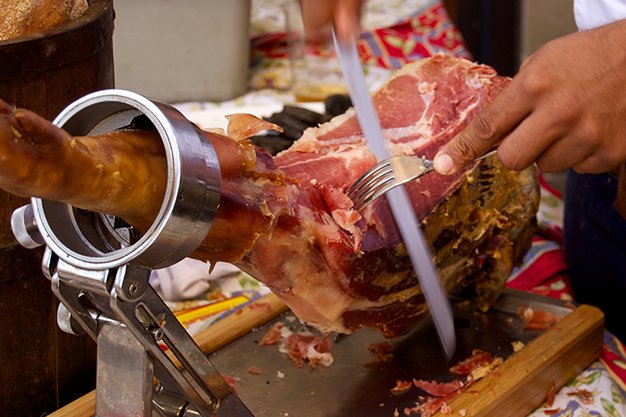 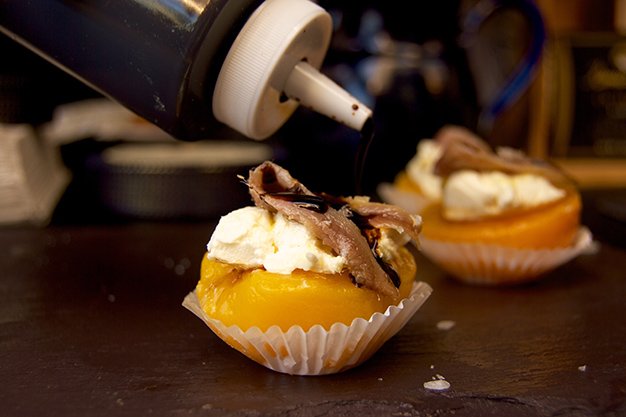 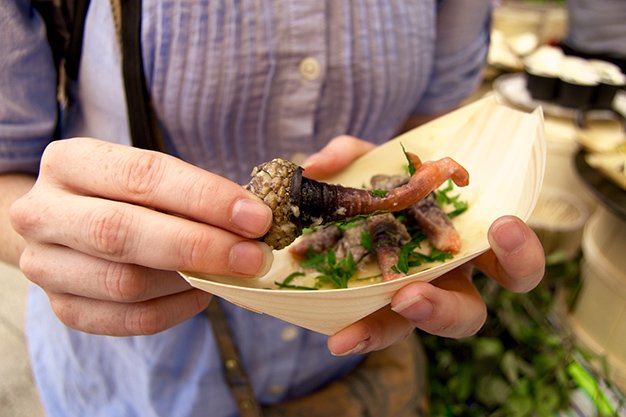 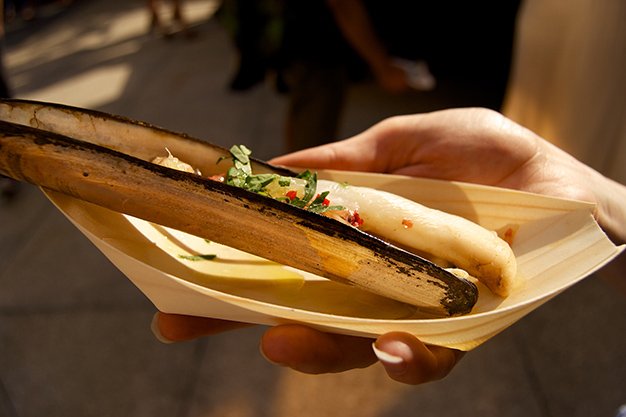 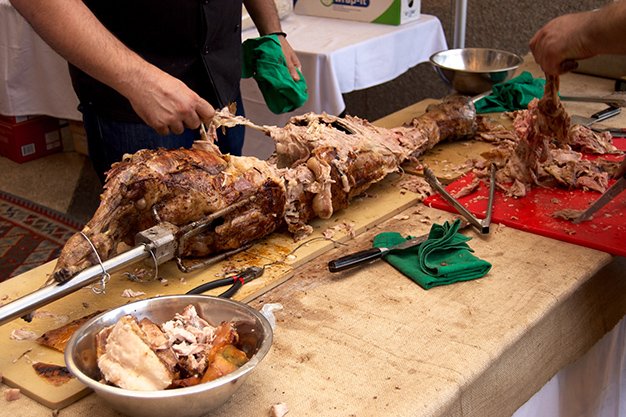 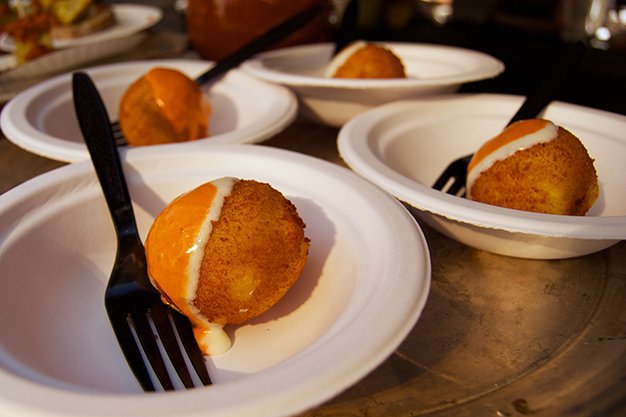 The elevated deck just outside the Royal Bank Plaza is usually populated by office workers taking their lunch breaks. But on Sunday, it became a Spanish side street packed with counter after counter of Basque bar snacks, or pintxos, thanks to the second annual PintxosTO festival. There was even the golden glow of a San Sebastian summer in the air that afternoon – courtesy, of course, of the gold-plated panels of glass that stretch up the length of the bank tower.

The event, presented by Spotlight Toronto, capitalized on the city’s current craze for Spanish eats. For restaurants, it was an opportunity to make an impact with guests. Cava brought up a hulking wooden bar in pieces to the pavilion, then spent 15 hours building it Greek eatery Mamakas justified their presence at the otherwise-very-Spanish fest by roasting a whole lamb on a spit and East Thirty Six played with rare ingredients, fashioning a dish from rarely harvestable barnacles smothered in herbs, butter and garlic.

For visitors, it was a chance to sample a Spanish smorgasbord: Morcilla sausage, jamon iberico, octopus, cheeses, scorched peppers, all mixed and matched on crostini and skewers and drizzled with plenty of good olive oil.

It was also a chance to expand what we think of when we think of Spanish food: Chefs from New York restaurant Donostia, on a whirlwind trip to serve their specialties at the festival, offered a fresh peach half topped with fresh cheese, an anchovy, and a deep, dark grape reduction –possibly a never-before-seen combo in the city (and, definitely, the best thing I ate that day).