THE RADIO SHOW choreography by Kyle Abraham. Presented by Abraham.In.Motion and World Stage at the Fleck Dance Theatre (207. 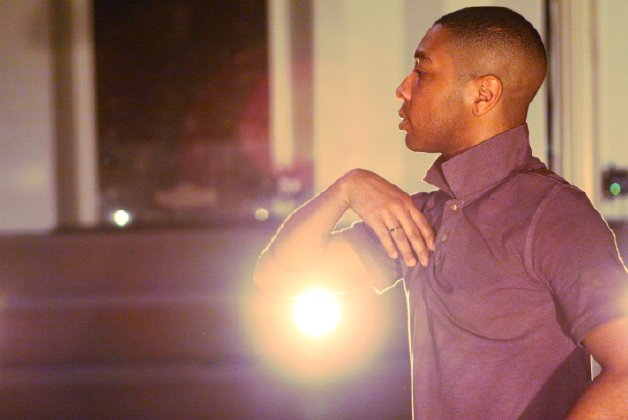 One of the hottest rising stars of the American dance scene right now, Kyle Abraham is holding on tight.

“It’s been a crazy ride,” the dancer/choreographer admits over the phone from his home in New York City, where he’s landed briefly en route from France to Toronto for the Canadian premiere of The Radio Show at World Stage.

Seems everyone wants a piece of the Pittsburgh native who is still growing Abraham.In.Motion, the company he started in 2006 after stints with Bill T. Jones, Kevin Wynn and Dance Alloy, among others. “We’re in the process of trying to find an executive director to do development,” he laughs. “But I haven’t been in the country long enough to even meet with any applicants.”

Although he might not be dancing it in Toronto due to a back injury, The Radio Show is typical of Abraham’s dimensional choreographic style fuelled by ideas about identity and community.

The work comes from memories of the choreographer’s late father, who suffered from Alzheimer’s-related aphasia in the final weeks of his life, as well as the abrupt termination of Pittsburgh’s only urban-format radio station, WAMO, in 2009.

“There’s so much emotion in general when I think about my father’s experience of not being able to use his voice, and knowing what that was like for my family and me,” says Abraham. “That’s personal. But there’s also something about the loss of voice when we’re talking about race and/or urban culture. When there aren’t voices advocating for a community, how are people heard? How do you channel the interest, the sparks of excitement, frustration, anger, love? How is information given to those who don’t even necessarily think they deserve to be thought about in any regard?”

Abraham has touched both popular and critical chords with work about such urgent ideas. Last year he was awarded a MacArthur Foundation prize. (He intends to put some of the $625,000 “Genius Grant” toward health insurance for his dancers.) The Radio Show won a Bessie in 2010. And both The Radio Show and his newest work, Pavement, continue to tour Europe and North America.

Part of his success likely lies in his creative diversity: he’s studied painting and music and has an MFA from Tisch. Early obsessions with hip-hop and rave club culture strongly inform his practice.

“I took all of that information in as ways I could be expressive,” he says. “What I studied later – Limon, Graham, Cunningham technique – just blended in organically with what I was already doing from those early hip-hop parties and teenage raves. What I do now is still kind of a hybrid of all those things.”

In spite of his deep love of music and moving to it, Abraham thinks of dance largely as a visual art.

“Or maybe you can, but it’s actually through seeing something that it changes you. I love that, and I love how our perception can be really in tune with our emotions.”